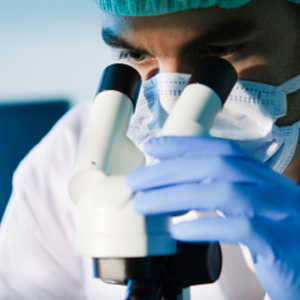 New research suggests it might be possible to spot early signs of multiple sclerosis in patients' spinal fluid, findings that offer a new clue about how this mysterious disease forms.

The study released on Tuesday was small and must be verified by additional research. But if it pans out, the finding suggests scientists should take a closer look at a different part of the brain than is usually linked to MS.

"It really tells us that MS may be affecting more parts of the brain much earlier than we anticipated," said Timothy Coetzee, chief research officer at the National MS Society. Coetzee wasn't involved with the new study.

Multiple sclerosis is a neurological disease that causes varying symptoms – numbness and tingling in one person, impaired walking and vision loss in another – that often wax and wane. There are treatments but no cure. Doctors don't know what causes MS, just that it occurs when the protective insulation, called myelin, that coats nerve fibres is gradually destroyed, leaving behind tough scar tissue. That short-circuits messages from the brain and spinal cord to the rest of the body.

But because brain scans can have trouble spotting early damage, it's hard to tell whether someone experiencing initial symptoms really is developing MS, and thus should start treatment.

The new study used spinal fluid as an alternative window into the brain to examine those first attacks.

Dr Steven Schutzer of Rutgers New Jersey Medical School analysed spinal fluid stored from nine patients who had experienced early symptoms that turned out to be MS. Using a special high-powered technology, he uncovered a small cluster of proteins that was unique to those first attacks. Compared with spinal fluid from healthy people and from a dozen MS patients who've had the disease longer, that signature distinguished the early patients, Schutzer reported in the journal PLoS One.

If larger studies prove the value of these potential markers, doctors one day might do a quick spinal tap to test for them in people with early symptoms, said Dr Patricia Coyle of Stony Brook University in New York, an MS specialist who co-authored the study. Today, doctors occasionally do spinal taps on possible MS patients, but they're looking for different substances that can signal an autoimmune disease, not specifically MS.

But the new study contained a big surprise: The myelin damage that is MS' trademark occurs in what's called the brain's white matter, the fibres that act like a telephone network for brain cells to communicate. The proteins that Schutzer found suggest there's also damage to the gray matter, a different tissue that contains the nerve cells themselves. Scientists have known that gray matter plays some role in MS, but not what.

"That's a striking finding," Coyle said, because it points to potential new targets for therapies. "These data suggest to us the gray matter injury is critical and happens early on."

We live in a world where facts and fiction get blurred
In times of uncertainty you need journalism you can trust. For 14 free days, you can have access to a world of in-depth analyses, investigative journalism, top opinions and a range of features. Journalism strengthens democracy. Invest in the future today. Thereafter you will be billed R75 per month. You can cancel anytime and if you cancel within 14 days you won't be billed.
Subscribe to News24
Related Links
Brain shrinkage signals onset of multiple sclerosis
US approves new multiple sclerosis capsules
Birth month may affect MS risk
Next on Health24
Lab discovery offers promise for treating multiple sclerosis