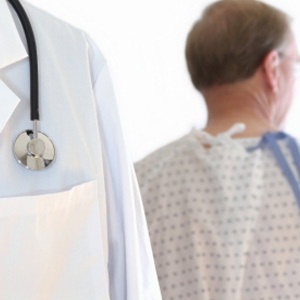 Acupuncture may help relieve chronic back, joint and shoulder pain, according to a new review of the evidence - but some of its benefit is likely due to a placebo effect, researchers concluded.

In an analysis of 29 studies, they found people who got acupuncture typically reported more pain relief than those who didn't. But patients treated with sham procedures estimated their pain at somewhere in between the other two groups, suggesting that they also got some benefit from the procedure.

"A doctor who has a patient in pain has a lot of options," such as medications and physical or talk therapy, said lead author Dr Andrew Vickers, from Memorial Sloan-Kettering Cancer Center in New York. "This provides evidence that they would be justified in considering acupuncture," he said.

Acupuncture has been controversial as a possible treatment for a range of conditions including chronic pain and fibromyalgia. Some think it has potential as an add-on or alternative to standard treatment, while others argue any acupuncture-related benefits are likely the result of hopeful patients getting treatment they strongly believe will help them.

That either means many of the three million Americans that get acupuncture every year are "wasting their time" - or others who forgot it are missing out on potential benefits, Dr Vickers said.

To try to help sort out which is the case, he and his colleagues analysed 29 studies they deemed to be high-quality comparisons of acupuncture, sham acupuncture and no treatment. They had access to patient-level data on close to 18 000 patients in the United States and Europe with back and neck pain, shoulder pain, chronic headaches or joint pain due to osteoarthritis.

The researchers found that on average, people treated with acupuncture reported a "modest" improvement in symptoms compared to those who had sham treatment, and a larger effect compared to untreated patients.

They estimated in their Archives of Internal Medicine report, published online, that about 50% of patients had their symptoms cut in half with acupuncture, compared to almost 43% of those treated with sham acupuncture and 30% with no acupuncture-like therapy.

A typical acupuncture session runs for about $100 and is often not covered by health insurance.

"I have a long list of chronic pain patients coming to seek acupuncture," said Dr Jongbae Park, head of Asian Medicine & Acupuncture Research at the University of North Carolina at Chapel Hill School of Medicine.

It's usually "not their first approach to address the condition," he said - rather people seek acupuncture when traditional care fails to stop their pain.

Dr Park, who was not involved in the new study, said acupuncture focuses on healing the underlying tissue injury that is causing pain, rather than treating the pain itself as medications would.

"I am a biassed clinician," said Dr Park. But, he added, "I would sincerely say more than 75% of my patients will see improvement."

Dr Vickers said people who are considering acupuncture should first make sure their acupuncturist is appropriately qualified and licensed. In those cases, he said, acupuncture is very safe - and the main downsides are costs and the inconvenience of getting to a clinic.

Mixed results for acupuncture for IBS