Pesticide in milk linked to Parkinson's 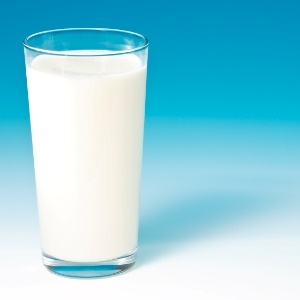 A pesticide called heptachlor epoxide was found at high levels in milk in the early 1980s in Hawaii, according to the study authors.

The current study can't prove that the pesticide or milk consumption directly causes Parkinson's disease; it can only show an association, according to study author R. D. Abbott, of Shiga University of Medical Science in Otsu, Japan.

The study authors also pointed out that they don't know for sure if the milk consumed by these men had heptachlor epoxide in it or not.

"This study is not a wake-up call to stop drinking milk – only 12 people who drank about two glasses of milk a day showed significant loss of neurons," said James Beck, vice president of scientific affairs at the Parkinson's Disease Foundation.

"Nevertheless, its results also suggest that low levels of a pesticide, accumulated in milk, contributed to the loss of brain cells. So a practical question to ask is if it is time to consider strategic purchases of organic foods – it may be."

The study included almost 450 Japanese-American men living in Hawaii. Their average age was 54. All of the men took part in an ageing study and were followed for more than 30 years. After their deaths, autopsies were conducted.

There was no link between milk consumption and brain cell loss in smokers, the study noted. Previous research has found that smokers have a lower risk of Parkinson's disease, the researchers said.

The study also found residue of heptachlor epoxide in 90 percent of study participants who drank the most milk, compared to 63 percent of those who drank no milk.

"There are several possible explanations for the association, including chance," Dr Honglei Chen, from the U.S. National Institute of Environmental Health Sciences, wrote in an accompanying journal editorial.

"Also, milk consumption was measured only once at the start of the study, and we have to assume that this measurement represented participants' dietary habits over time," he said.

We live in a world where facts and fiction get blurred
In times of uncertainty you need journalism you can trust. For only R75 per month, you have access to a world of in-depth analyses, investigative journalism, top opinions and a range of features. Journalism strengthens democracy. Invest in the future today.
Subscribe to News24
Next on Health24
Mediterranean diet might lower your odds for Parkinson's