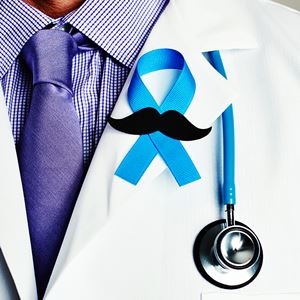 Does prostate cancer progress slow enough to not be a problem?

A man who learns he has prostate cancer faces a difficult choice: whether to immediately treat the cancer despite potential side effects or wait and see if it's a slow-growing tumour that will never need treatment.

Men may soon have help making that decision.

Researchers from the United Kingdom report that they've created a urine test that can predict the aggressiveness of a prostate cancer far sooner than standard methods.

The new test is called the prostate urine risk test, or PUR. The researchers said it spots men who are up to eight times less likely to need radical treatment within five years of diagnosis. PUR also offers clues about who might need treatment five years sooner than current tests.

Dr Durado Brooks is vice president of cancer control interventions for the American Cancer Society. He wasn't involved in the current research, but said the study was "really intriguing".

"Anything that helps us predict who will have more progressive disease, or who will be less likely to progress, would be helpful," he said. "And, it appears, based on a modest sample size, that this tool may offer some promise."

These invasive procedures and constant reminders that they have cancer leads many men to choose treatment, even if they're not sure they need it, the researchers explained.

To try to better predict who has riskier prostate cancer, the PUR test relied on sophisticated computer technology.

Urine samples were collected from more than 500 men. Most had prostate cancer, but nearly 100 did not.

The researchers, Shea Connell of the University of East Anglia's Norwich Medical School and colleagues, looked at the expression of 167 genes in the samples. They found 35 genes that can help predict how dangerous a prostate cancer might be.

The investigators also tracked the men's health for an average of six years. The profiles of 23 men whose cancer progressed were significantly different than those whose cancer did not progress.

Brooks said these findings are "promising enough that additional research in a larger population would be worthwhile". But, he said a commercially available test would likely be a number of years away.

"This is a very interesting study as it represents the first multigene panel assessment of prostate cancer through a urine-based test. The new PUR test has potential to identify potentially aggressive prostate cancer earlier than traditional assessments in patients with low-risk disease," he said.

Vira added that a potential future use would be to test patients repeatedly over time. Changes in the results might mean a change in a man's tumour.

"While certainly the results are exciting, the test needs to be validated in a larger group of patients," Vira said. And researchers would have to show that the test is cost-effective, too, he added.

The study was published in BJU International.