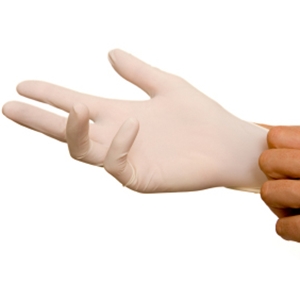 Prostate removal or radiation therapy to treat cancer is tied to a two- to four-fold higher than usual risk of later having a hernia repaired, according to a new study.

It's not clear why hernia repairs are more common among these men.

There might be tissue damage caused by the cancer treatment, or perhaps doctors are finding hernias that might otherwise go undetected, said Dr Stephen Pautler, a urologist at St Joseph's Health Care in London, Ontario, Canada.

"You're looking for this in this population," said Pautler, who was not part of the study. "These men are being actively treated for prostate cancer, so they're more in tune with the health system and their providers are picking up these hernias."

Whether this is leading to over treatment of hernias that could be left alone is uncertain.

A hernia is a bulge of tissue, such as the intestine, pushing through a weak spot in the abdominal wall. Surgery to close the hole is the only treatment.

There are various types of hernias, and the researchers, led by Dr Hanna Nilsson at Umea University in Sweden, included femoral and inguinal hernias, which both occur in the groin, in their analysis.

They collected medical information from a Swedish national database on more than 28 000 men who had been treated for prostate cancer between 1998 and 2010.

Six years after the cancer treatment, 14% of men who had open surgery, 10% who had the minimally invasive surgery and 8% who went through radiation ended up having a hernia repaired.

In comparison, just 4% of the men who did not have prostate cancer received a hernia repair, the researchers report in the Annals of Surgery.

The results translate to a four-fold higher likelihood of hernia repair among men who had open prostate surgery and a two-fold higher risk with radiation therapy. Pautler said some of the differences might be explained by the damage done to tissue during surgery.

"Surgery increases the risk. I think that's a real phenomenon," he told Reuters Health. He said he doesn't know why men who received radiation were also at an increased risk of a hernia repair, but that it might be explained by additional hernia diagnoses. "The increased detection could also account for some of the additional hernia repairs among men who had prostate removal surgery," Pautler said.

It's possible that a man could have a hernia without symptoms and that wouldn't otherwise receive treatment unless doctors are deliberately scrutinising the groin. One concern, then, is that the additional hernia repairs among men with prostate cancer might represent unnecessary surgeries. "Over treatment is something that does happen and it burdens patients and the healthcare system. We have to be cautious," said Pautler.

"On the other hand, if a man has a symptomatic hernia, it's quite wise to have it repaired."Physicians have raised concerns that prostate cancer itself is being over treated. The US Preventive Services Task Force recommends against routine cancer screening through a prostate-specific antigen (PSA) test, because the evidence shows little benefit compared to the "significant potential harms" of procedures, prompted by PSA results, that don't save lives.

Pautler said that without definitively knowing the causes, it's difficult to say how to mitigate the increased risk of a hernia among men with prostate cancer. Opting for minimally invasive surgery might be one route; men who had this type of surgery were 18% less likely to have a hernia repair than the men who had their prostate removed by a larger incision.

Pautler said men can also discuss with their doctors the need for hernia repair. One study of 1 700 men published last year found that some men can avoid hernia surgery -- without any untoward health effects -- by watchful waiting.

"I think there has to be an open discussion with the healthcare providers. Just because it exists doesn't mean it has to be fixed," he said.

We live in a world where facts and fiction get blurred
In times of uncertainty you need journalism you can trust. For 14 free days, you can have access to a world of in-depth analyses, investigative journalism, top opinions and a range of features. Journalism strengthens democracy. Invest in the future today. Thereafter you will be billed R75 per month. You can cancel anytime and if you cancel within 14 days you won't be billed.
Subscribe to News24
Related Links
Cancer drug may eradicate tumours in men
Should old, sick patients get skin cancer surgery?
KZN health restarts cancer machines
Next on Health24
Green tea fights prostate cancer