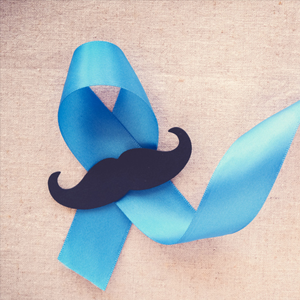 It is possible to prevent, detect and treat prostate cancer.

It all began with what I had expected to be a routine telephone call from Dr Grant, my medical doctor, following my annual check-up in September 2018. He calls me every year after conducting the extensive medical check-up during which, among other tests, blood samples are drawn and taken to the laboratory for analysis. Over the years, Dr Grant would simply call to assure me that all was well; but not in 2018.

“Your PSA (Prostate Specific Antigen) is rather elevated”, he told me in a calm, yet concerned, voice, “I need you to arrange to see a urologist for a prostate exam and biopsy, just to be sure that there is nothing to be worried about”. He gave me the name of the suggested specialist whose offices I promptly called to make an appointment.

The two weeks that I had to wait for the appointment seemed the longest I’d ever had to wait. When the time came, Dr Moolman turned out to be a relatively young, affable man who was reassuring in his manner. To be sure, I had also done a bit of reading about him and what he does before I went to see him.

Moolman conducted the dreaded and notorious “finger test” that many men loath, for its invasiveness and promptly suggested a biopsy. Fortunately, the finger test lasted just a few quick seconds and was done before I realised it. The biopsy is done under general anaesthetic during which random samples are taken from the prostate gland and taken to the laboratory for testing.

Of the sixteen that were taken from mine, ten returned with positive indications of the presence of prostate cancer. The highest Gleason Score – which indicates the level of aggressiveness of the cancer – was eight. Ten is the highest score. I consider myself lucky to have gone for regular tests and had the cancer diagnosed before it could spread to other parts of the body.

So, the bad news was confirmed; but there was also what I’ll describe as some good news under the circumstances. The good news was that all indications at that time pointed to the cancer being concentrated in the prostate gland and none of it having metastasised into the neighbouring tissue and bone.

Further blood tests, a bone scan and MRI scan, were done over the next few weeks to ascertain these facts. Dr Moolman also took the time to explain available treatment options to me.

Essentially, I could go the traditional Brachytherapy route, which consists of the implantation of radioactive seeds into the prostate gland to attack and kill the cancer. But this method offers no immediate guarantees, as I’d have to wait for some nine months to be fully assured if the cancer has been treated.

And anything could happen in the intervening period, including the resurgence of the cancer. Were the latter to happen, the radioactive seeds could not be injected for the second time, as this can only be done once. Treatment would mean possible chemotherapy and a lifelong regular observation.

The alternative treatment option was to undergo a Da Vinci X robotics surgery, also called the “Robotic assisted laparoscopic prostatectomy”. It is the latest, higher definition, version of the first generation Da Vinci SI Surgery. “This minimally invasive procedure”, Moolman explained, “is performed with the use of a robotic surgical system that is designed to complete procedures with an extremely high level of precision. Six tiny incisions are made to enable the insertion of small surgical instruments and a drainage pipe into the abdomen.

The surgical tools, together with a high-definition camera, are mounted onto the machine’s robotic arms so that the cameras allow the surgeon to see the inside of the body in detail. The flexible instruments can bend and rotate much more than the human hand can, allowing for complete accuracy”.

For better cure results, Dr Moolman routinely removes the seminal vesicles with the prostate gland. In cases where the MRI scan shows the cancer to have spread outside the prostate, a wider resection margin is performed to make sure that no cancer is left behind after surgery.

If a patient is a good candidate – with very localised cancer like mine - a bilateral nerve sparing prostatectomy will be performed to ensure the return of erectile function after the surgery.

This unexpected personal journey with prostate cancer - no one in my family, including my father who died at the age of 92, is known to have had the cancer - as well as further information from Dr Moolman - opened my eyes to broader, pertinent, societal issues in South Africa:

• Most men either do not know they have to be tested annually (from the age of 40 for African men and 50 for Caucasian men), they’re too scared to go for tests, or they simply underestimate the potential danger of this silent killer of men;

• Most men are not comfortable discussing personal medical issues, especially prostate cancer; possibly because of the stigma associated with it (potential sexual dysfunction or incontinence);

• Because of the absence of symptoms in the earlier stages of the cancer, most men think they’re fine and do not need to be tested. In reality, when symptoms begin to show - e.g. blood in the urine, difficulty passing urine, pain or a burning sensation when passing urine, or unusually frequent urination, especially at night – chances are that the cancer is already in an advanced stage. This is often the case with those (mostly) African men who live in rural areas and, in many cases, either lack the means, e.g. medical insurance, to get regularly screened for prostate cancer, or simply lack the awareness for it;

• It’s important to note that 50-60% of African men in state hospitals are diagnosed with metastatic prostate cancer. This means they get diagnosed too late after the onset of prostate cancer and can therefore not be cured with therapy. More awareness is needed to prevent this;

• Studies have also shown that African men have a bigger risk of being diagnosed with more aggressive prostate cancer than Caucasian men;

• Treatment costs are prohibitive. The Da Vinci Surgery is currently only available in private hospitals and not in the government sector, which only offers open surgery or radiation therapy;• There are currently only six Da Vinci systems in SA, with each machine costing in excess of $1000,000;

Since I’m on a Coastal Core Plan with Discovery Health – also called the Hospital Plan - which paid for the core surgery and hospital stay, I had to find another source to complement the many excess medical costs associated with this treatment. For this, I accessed additional funds through my Life Cover with Old Mutual, which also came to the party when I needed it.

Thanks to Dr Moolman’s expertise, I was discharged from hospital two days after surgery and a bilateral nerve sparing prostatectomy to ensure a return of erectile function. 70% of his patients leave the hospital after a night following surgery.  None of this is possible with the open and traditional laparoscopic surgery. Once discharged from hospital, patient, loving, support by family and friends makes a huge difference.

Given the vast income disparities in SA, as well as difficult access to medical insurance for the majority of our citizens, there is an opportunity for government and the private sector to form some kind of Private-Public-Partnership in order to bring costs for the more modern Da Vinci X Surgery down and to make it available in the public health sector.

But until this becomes reality, African men need to take their health more seriously and get checked on a regular basis after the age of 40. Only early diagnosis can improve survival and cure rates.

We live in a world where facts and fiction get blurred
In times of uncertainty you need journalism you can trust. For 14 free days, you can have access to a world of in-depth analyses, investigative journalism, top opinions and a range of features. Journalism strengthens democracy. Invest in the future today. Thereafter you will be billed R75 per month. You can cancel anytime and if you cancel within 14 days you won't be billed.
Subscribe to News24
Related Links
8 things you can do to prevent prostate cancer
Is teen drinking tied to aggressive prostate cancer later in life?
SEE: How to fight prostate cancer with food
Next on Health24
SEE: Dogs can smell prostate cancer in your pee