Does your insomnia spell trouble for your heart health? 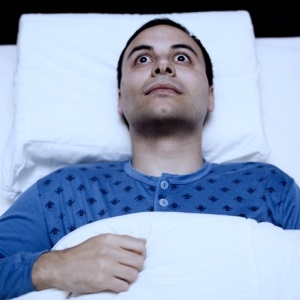 Insomnia can be linked to a variety of diseases and conditions.

Sleep problems could increase your risk for heart attack, stroke and other heart and brain diseases, a new study suggests.

It included 487 200 people in China, average age 51, with no history of stroke or heart disease. They were asked if they had any of these problems three or more times a week: trouble falling asleep or staying asleep; waking up too early; or trouble staying focused during the day due to poor sleep.

Eleven percent said they had trouble falling asleep or staying asleep; 10% reported waking up too early; and 2% struggled to focus during the day.

During an average 10-year follow-up, there were just over 130 000 cases of stroke, heart attack and similar diseases.

Compared to those with no insomnia symptoms, people with all three were 18% more likely to develop these diseases.

"The link between insomnia symptoms and these diseases was even stronger in younger adults and people who did not have high blood pressure at the start of the study, so future research should look especially at early detection and interventions aimed at these groups," said study author Dr Liming Li, from Peking University in Beijing.

Of people who had trouble falling asleep or staying asleep, 32% had a stroke or heart problem, compared to 26% of others.

The risk of these diseases was 7% higher among people who woke too early and could not get back to sleep, and 13% higher for those who had trouble staying focused.

The study does not prove insomnia symptoms cause heart attack and stroke, only that there is an association between them. Li said the findings merit further investigation.

"These results suggest that if we can target people who are having trouble sleeping with behavioural therapies, it's possible that we could reduce the number of cases of stroke, heart attack and other diseases later down the line," he said in a journal news release.

We live in a world where facts and fiction get blurred
In times of uncertainty you need journalism you can trust. For only R75 per month, you have access to a world of in-depth analyses, investigative journalism, top opinions and a range of features. Journalism strengthens democracy. Invest in the future today.
Subscribe to News24
Related Links
For insomniacs: sleep aids can ease a troubled mind
10 things you should never say to someone who suffers from insomnia
WATCH: Researchers discover routine to overcome insomnia
Next on Health24
The recovery of your brain depends greatly on sleep, and it cannot be replaced by rest