5 myths you probably believe about tonsillitis 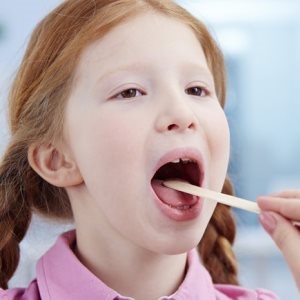 Tonsillitis may sound like a health condition that was popular a few decades ago, but in fact it’s still around and might affect you or your family. How many of these myths do you believe?

Although the exact role of tonsils is still a debated issue, they are thought to play a part in the immune system, especially in younger children. However, recent studies have shown that there’s no adverse effect on the immune systems of children who have had their tonsils removed.

Some cases of tonsillitis can be caused by mononucleosis, which is caused by the Epstein-Barr virus. This infection (also known as glandular fever) is usually mild, but can be more serious, especially in adults. Bacterial cases of tonsillitis are most commonly caused by the Streptococcus bacterium, which should be treated, as it can in rare cases lead to complications such as ear infections, rheumatic fever, sinusitis and pneumonia.

Health24's CyberDoc, Dr Heidi van Deventer, explains that it should be relatively easy for your doctor to diagnose which kind of tonsillitis it is: "Usually, during in the case of bacterial tonsillitis, the tonsils are red and have little white spots on them, which is pus, caused by the bacterial infection."

Myth: You can’t catch tonsillitis from someone else

You can definitely pick up either a viral or a bacterial infection from another person, which is why you must be careful about hygiene such as washing your hands when caring for a child who is sick with tonsillitis.

Swollen, infected tonsils are associated with snoring and sleep apnoea, which can lead to chronically bad rest and a host of other potential health issues. Sleep apnoea has been associated with diabetes, cardiovascular disease, depression and memory loss, as well as severely affecting a child’s performance at school.

Other potential symptoms of tonsillitis include

In a case where there are serious repeat infections that are making you sick regularly, a doctor will still recommend a tonsillectomy. According to the American Academy of Otolaryngology – Head and Neck Surgery (AAO-HNS), tonsillectomy is the second most common childhood surgery. In the United Kingdom, the number of surgeries has also fallen considerably over the past decades, but about 30 000 are still done every year.

EurekAlert: Trouble sleeping? The size of your tongue and tonsils could be why. http://www.eurekalert.org/pub_releases/2016-03/uab-tst030816.php

We live in a world where facts and fiction get blurred
In times of uncertainty you need journalism you can trust. For only R75 per month, you have access to a world of in-depth analyses, investigative journalism, top opinions and a range of features. Journalism strengthens democracy. Invest in the future today.
Subscribe to News24
Related Links
Throat swab culture
Removing tonsils helps kids with sleep apnoea
Next on Health24
Tonsillectomy linked to weight gain