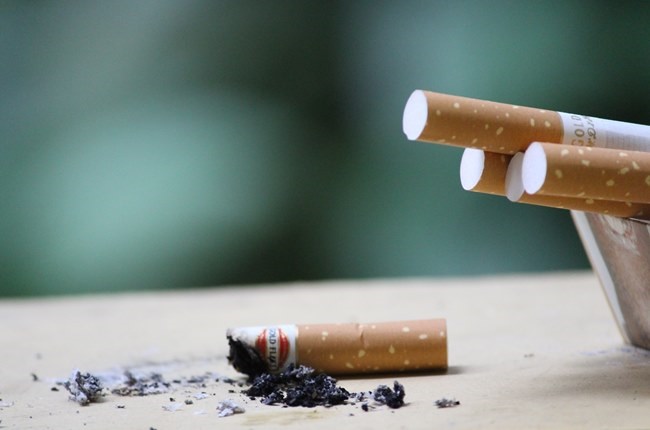 Smoking can lead to severe Covid-19, and a new study shows how this happens.
Basil MK from Pexels

South Africa's ban on tobacco sales during lockdown was marred by controversy, but according to Professor Corne van Walbeek, a large number of people in the country quit during this time, and from a public health perspective “that is a big win”.

Van Walbeek is executive director of the Research Unit on the Economics of Excisable Products (REEP), University of Cape Town. He was speaking at a webinar hosted by the International Confederation of Alcohol, Tobacco and Other Drug (ATOD) Research Associations (ICARA): Covid-19 and the tobacco political and health economy.

The figures are based on a number of surveys that van Walbeek and his colleagues conducted in 2020. Some respondents, who answered questions about their smoking activities once the sales ban had been lifted, were followed up a couple of months later.

Support independent journalism
Subscribe to News24 for just R75 per month to read all our investigative and in-depth journalism.
Subscribe
Already a subscriber? Sign in
Next on Health24
OPINION | Tobacco control: South Africa must do more to help people quit smoking