Quitting smoking? Even a little exercise can help you stay slim 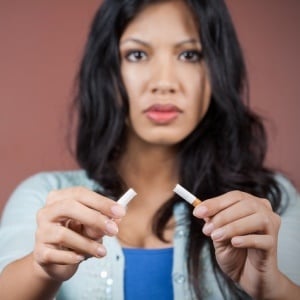 Quitting doesn't mean you have to gain weight.

Fear of weight gain can keep many smokers from kicking the habit.

But a new study involving older women might help change that: It found that for those who quit, even a bit of exercise helped keep the pounds at bay.

"Being active after quitting smoking was found to reduce weight gain, regardless of the amount of physical activity before quitting," Dr JoAnn Pinkerton, executive director of the North American Menopause Society, said in a society news release.

She pointed to the new study, which involved more than 4 700 postmenopausal female smokers who were tracked for three years.

The study was published online in NAMS' journal Menopause.

Not surprisingly, those who quit during that time gained an average of 3.5kg more than those who continued smoking.

But weight gain was lowest (2.5kg) among quitters who also upped their levels of physical activity. What's more, the benefit of exercise in this context was even stronger for ex-smokers who'd been obese than for those of normal weight, the researchers said.

The research was led by Juhua Luo of Indiana University's School of Public Health. Her team also found that when quitters moved to healthier eating plus exercise, they gained only slightly more weight over the study period than women who had continued to smoke.

And any amount of exercise seemed to help.

"Although the best results in limiting weight gain after quitting smoking were found in women who engaged in 150 minutes of moderate intensity activity per week, benefit was also found in less intense activity, such as walking 90 minutes per week at 5km/h," said Pinkerton.

So, she said, there's real "hope for those deciding to quit smoking – exercise more and watch food intake to limit weight gain."

We live in a world where facts and fiction get blurred
In times of uncertainty you need journalism you can trust. For 14 free days, you can have access to a world of in-depth analyses, investigative journalism, top opinions and a range of features. Journalism strengthens democracy. Invest in the future today. Thereafter you will be billed R75 per month. You can cancel anytime and if you cancel within 14 days you won't be billed.
Subscribe to News24
Related Links
Don't think that you're off the hook if you smoke cigars
Ex-WHO expert banned from tobacco conference after links to Marlboro maker
Smoking just got a lot pricier - here's the why and how of quitting
Next on Health24
‘Poisoning our planet’: 5 ways tobacco smoking harms more than just our health