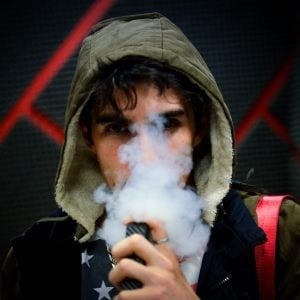 E-cigarettes are not curbing nicotine use among young people.

The epidemic of addictive vaping among youth continues, with e-cigarette devices by Juul continuing to surge in popularity among teens and young adults, new research shows.

The number of Americans aged 15 to 34 who said they had at least tried one of the small, convenient Juul devices more than doubled between 2018 and 2019, researchers report.

And the number of current Juul users who said they used the device regularly – at least 10 days out of the last 30 – rose to more than one-third during the same time period, from about 26% to nearly 38%, the study found.

Current Juul use was highest among youth and young adults, with just over 8% of 21- to 24-year-olds, about 13% of those aged 18 to 20 and nearly 8% of 15- to 17-year-olds using the vaping device in the past month, compared with just under 3% of older Americans, the findings showed.

The research, published in JAMA Pediatrics, was conducted by the anti-tobacco advocacy group Truth Initiative.

"Youth tobacco use is at its highest in nearly 20 years, primarily driven by e-cigarettes resulting in over five million youth now vaping across America," Robin Koval, CEO and president of Truth Initiative, said in a news release.

"Years of progress in the fight against youth tobacco [use] have been reversed," Koval added, "with millions of teens, most of whom were not smokers, now using a high-nicotine tobacco product."

The findings echo recent US National Youth Tobacco Survey data, which showed that the percentage of high school students who said they vaped increased from about 21% in 2018 to 27.5% in 2019, with over 21% vaping daily.

In 2019, over half of those aged 15 to 17 who had ever used Juul had never used combustible tobacco before, the study found. That suggests that Juul appeals to young people who are at low risk for taking up smoking, Truth Initiative said.

The new study comes after legal moves on the federal and state level to curb young people's access to e-cigarettes.

On Jan. 2, the Trump administration announced that it would withdraw – at least temporarily – mint-, fruit- and dessert-flavoured e-cigarette cartridges from the US market. Many states have also issued similar bans. Flavoured e-cigarettes are thought to be especially enticing to youth.

Juul Labs – by far the leading brand of vape products in the United States – has already ceased sales of its mint-, fruit- and dessert-flavoured e-cigarettes, and now only markets menthol and tobacco flavours.

The company has been besieged by legal troubles, including multiple investigations by Congress, federal agencies and several state Attorneys General. It is also being sued by adults and underage Juul users who claim they became addicted to nicotine through the company's products.

Responding to the new study, Juul Labs issued a statement saying that the company "understands the urgent need to continue resetting the vapour category and earn trust by working cooperatively with regulators, Attorneys General, public health officials, and other stakeholders to combat underage use and help adult smokers transition away from combustible cigarettes. Our customer base is the world's one billion adult smokers and we do not intend to attract underage users."