Does stroke run in your family? Healthy living lowers the risk 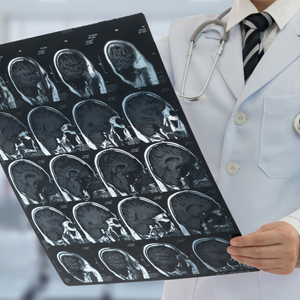 A healthy lifestyle may be your best defence against having a stroke.

Has stroke hit your family particularly hard? A healthy lifestyle may be your best defense, new research shows.

The study of more than 306 000 white British people found that exercising, eating right and not smoking lowered stroke risk – even for those whose DNA predisposed them to the attacks.

The findings "highlight the potential of lifestyle measures to reduce risk of stroke across entire populations, even in those at high genetic risk of stroke," said a team led by Loes Rutten-Jacobs, a researcher at the German Center for Neurodegenerative Diseases, in Bonn.

The seven-year study tracked outcomes for thousands of UK residents. They ranged in age from 40 to 73 at the beginning of the study and had no prior history of stroke or heart attack.

The researchers used 90 gene variants known to be linked to stroke to calculate a "genetic risk score" for each study participant.

Genes did matter, of course. Overall, the stroke rate rose by 35% for people with a high genetic risk score compared to those with a low score, the study authors found.

However, people with a healthy lifestyle – not smoking, not overweight, getting regular exercise, and eating a diet rich in fruit, vegetables and fish – had a 66% lower risk of stroke than those with an unhealthy lifestyle. That held true regardless of their level of genetic risk for stroke, the researchers said.

Gender seemed to matter, too. Across all categories of genetic risk and lifestyle, men had a higher stroke risk than women, according to the study published on 24 October 2018 in the BMJ.

The study couldn't prove cause and effect, but experts in the United States said the findings make sense.

They "remind us again that a healthy lifestyle should be emphasized in all populations," said Dr Eugenia Gianos, who directs women's heart health at Lenox Hill Hospital in New York City.

"Smoking was associated with the highest rates of stroke," she noted, "and risk was high in smokers whether they had a high or low genetic risk."

Dr Andrew Rogove directs stroke services at Northwell Health's Southside Hospital in Bay Shore, New York. He said the study was limited by its focus on white patients, and it didn't separate out various subtypes of stroke.

However, "it is nonetheless important to show that people can choose healthy lifestyle modifications to reduce their risk of stroke, independent of their predetermined genetic composition," Dr Rogove said.

We live in a world where facts and fiction get blurred
In times of uncertainty you need journalism you can trust. For 14 free days, you can have access to a world of in-depth analyses, investigative journalism, top opinions and a range of features. Journalism strengthens democracy. Invest in the future today. Thereafter you will be billed R75 per month. You can cancel anytime and if you cancel within 14 days you won't be billed.
Subscribe to News24
Related Links
How music helped this young stroke survivor stay strong
Fitter folks suffer milder strokes
Pollution may be linked to a type of bleeding stroke
Next on Health24
SEE: 1 in 6 people will suffer from a stroke