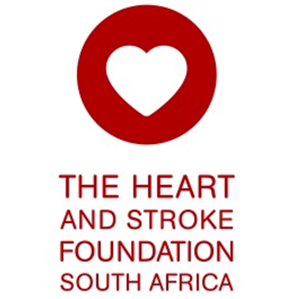 The Heart and Stroke Foundation of South Africa

This Rheumatic Heart Disease Week, 4 – 10 August, the Heart and Stroke Foundation SA (HSF) is putting the spotlight on this forgotten killer and urging parents to be vigilant of a sore throat.

RHD is a chronic heart condition caused by rheumatic fever which is an autoimmune reaction to an untreated streptococcal infection, known as strep throat. Rheumatic fever occurs somewhere between 2 and 4 weeks after a strep throat (characterised by a sore throat, pain when swallowing and swollen glands).

The symptoms of rheumatic fever include tiredness, joint pain, fever and a rash, often visible on the chest. The ironic tragedy of this situation is that controlling a strep throat is effective and inexpensive.

Antibiotics can treat a strep throat preventing the development of rheumatic fever. For those who develop rheumatic fever, regular antibiotic injections can prevent them from contracting further strep infections and causing progressive damage to heart valves.

“Rheumatic heart disease is the leading cause of acquired heart disease in children and young adults in South Africa and there is a need to prioritise prevention of the disease and the control of rheumatic fever,” says Dr Vash Mungal-Singh, CEO of The Heart and Stroke Foundation South Africa.

The decline of rheumatic fever in developed countries is believed to be the result of improved living conditions and availability of antibiotics for treatment. Overcrowding, poor housing conditions, undernutrition and lack of access to healthcare play a role in the persistence of this disease in developing countries.

“Rheumatic heart disease is a sentinel condition of poverty and of health inequality; its persistence marks the failure of our health systems to address the non-communicable diseases of the poor. Rheumatic fever and rheumatic heart disease are neglected diseases that require immediate attention”, says Professor Bongani Mayosi from Groote Schuur Hospital and University of Cape Town, South Africa; and Chair of the World Heart Federation Working Group on Rheumatic Fever and Rheumatic Heart Disease.

Rheumatic fever commonly strikes young children between the ages of five to 15 years. It causes inflammation and damage to several parts of the body, particularly the heart, joints and central nervous system. About 60% of all acute rheumatic fever cases will develop into rheumatic heart disease.

Untreated, rheumatic fever can lead to severe heart valve damage. This heart valve damage can result in stroke, congestive heart failure and death. In fact, it is the most common cardiovascular disease in young people under 25 years of age.

Although it is a reaction to a common infectious disease, RHD is a chronic condition that kills or debilitates young people in their most productive years. Treatment of this disease is expensive and complicated, and can even involve the replacement of heart valves.

A heart valve replacement can cost around R50,000, placing an enormous burden on the healthcare system. In addition, many South Africans may die whilst awaiting the life-saving operation.

Fortunately the World Heart Federation has developed a detailed action plan to reduce 25% of the premature deaths from rheumatic fever and RHD in young people under the age of 25 by the year 2025.

- The global burden of disease caused by rheumatic fever and RHD currently falls disproportionately on children and young adults living in low-income countries and is responsible for about 233,000 deaths annually.

- At least 15.6 million people are estimated to be currently affected by RHD with a significant number of them requiring repeated hospitalization and, often unaffordable, heart surgery in the next five to 20 years.

- The worst affected areas are sub-Saharan Africa, south-central Asia, the Pacific and indigenous populations of Australia and New   Zealand.

- Up to 1 per cent of all schoolchildren in Africa, Asia, the Eastern Mediterranean region, and Latin America show signs of the disease.

- Globally, up to 80 million people suffer from RHD, and up to 460,000 people die from RHD each year, with nearly 300,000 new cases   detected every year. However, cases of rheumatic fever are greatly under-reported.

We live in a world where facts and fiction get blurred
In times of uncertainty you need journalism you can trust. For 14 free days, you can have access to a world of in-depth analyses, investigative journalism, top opinions and a range of features. Journalism strengthens democracy. Invest in the future today. Thereafter you will be billed R75 per month. You can cancel anytime and if you cancel within 14 days you won't be billed.
Subscribe to News24
Next on Health24
Inflammatory muscle disorder may increase risk for heart attack, stroke