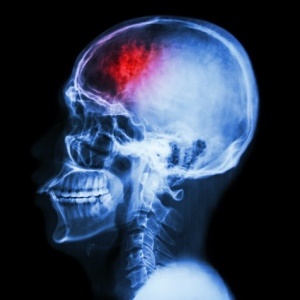 The sooner stroke victims are attended to, the better their chances of survival.

Just 15 minutes can make a difference when someone is struck by a stroke, new research suggests.

The study included more than 6 700 patients in the United States and Canada who suffered an ischaemic stroke (blocked blood flow to the brain) and were treated with anti-clotting therapy.

A need for speed

The researchers also found that the start of treatment tends to take longer for stroke patients who arrive at hospitals on weekends, holidays, and before 7am and after 6pm on weekdays.

"We're trying to improve treatment with better staffing on off-hours and getting doctors to the hospital quicker when they're on call," said study co-lead author Dr Reza Jahan, a professor of interventional neuroradiology at the University of California, Los Angeles.

"Patients who arrive at the hospital at 2am should be treated no differently than people who arrive at 2pm," Jahan added in a university news release.

The researchers also found that treatment delays are more likely for patients who live alone or fail to recognise that they're having a stroke, according to the study published in the Journal of the American Medical Association.

The study results prompted the American Heart Association to publish new goals on how fast patients should be treated at comprehensive stroke centres, according to Jahan.

We live in a world where facts and fiction get blurred
In times of uncertainty you need journalism you can trust. For 14 free days, you can have access to a world of in-depth analyses, investigative journalism, top opinions and a range of features. Journalism strengthens democracy. Invest in the future today. Thereafter you will be billed R75 per month. You can cancel anytime and if you cancel within 14 days you won't be billed.
Subscribe to News24
Related Links
Predicting heart disease, stroke could be as easy as a blood test
Mom, entrepreneur, former cheerleader – and stroke survivor at 39
What migraine sufferers need to know about stroke risk
Next on Health24
Going vegetarian is good for your heart, but may be raising the risk of having a stroke