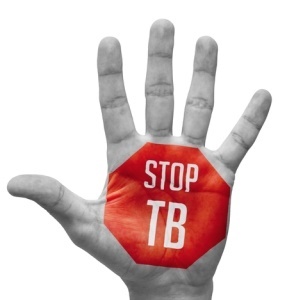 Mycobacterium tuberculosis strains that are resistant to one or more anti-TB drugs have emerged.

Bacteria in their lungs may develop resistance to certain anti-TB drugs, which then can no longer kill the bacteria. People they infect will then acquire the same drug-resistant strain.

When drug treatment stops, the resistant bacteria will begin to multiply and cause active disease again, for which there are limited treatment options.

The end result is drug-resistant TB, a form of TB that doesn't respond to treatment.
Drug-resistant Mycobacterium tuberculosis strains may emerge due to:

People with MDR-TB disease must be treated with special drugs. These are not as effective as the usual anti-TB drugs and often cause severe side effects.

People with MDR-TB disease must consult a TB specialist to observe their treatment to check its effectiveness.

MDR-TB is at least 100 times more expensive to cure than non-resistant TB. At best, only half those infected with new strains can be cured.

In the same year, South Africa reported approximately 26 000 cases of laboratory-confirmed MDR TB; of these, 1.8% were new cases and 6.7% were patients who had been treated before.

The worst scenario is that TB will become untreatable due to the emergence of MDR-TB strains, with additional resistance to other drugs available for the treatment of TB.

We live in a world where facts and fiction get blurred
In times of uncertainty you need journalism you can trust. For 14 free days, you can have access to a world of in-depth analyses, investigative journalism, top opinions and a range of features. Journalism strengthens democracy. Invest in the future today. Thereafter you will be billed R75 per month. You can cancel anytime and if you cancel within 14 days you won't be billed.
Subscribe to News24
Next on Health24
Risk factors for developing tuberculosis (TB)