The booze you choose can sway your mood 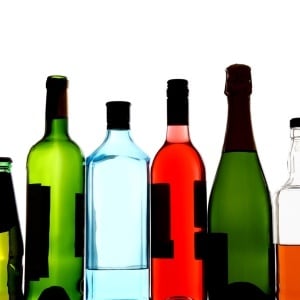 The kind of booze you choose can frequently steer your mood, according to a new global survey.

About half of those who drink red wine and beer said it makes them feel relaxed and mellow, results from the Global Drug Survey show. Roughly two of five beer drinkers said the suds make them feel confident, while one-quarter of red wine drinkers said they feel sexier after a glass.

For example, nearly one-third of hard liquor imbibers said they were more likely to feel aggressive after a shot or two, compared with 2.5% of red wine drinkers and just under 7% of beer drinkers, the findings showed.

Results of the survey were published online in BMJ Open.

Advertising "pushes the positive emotions people might look for from drinking, but it is important to understand the negative ones as well," said researcher Mark Bellis. He is director of policy, research and international development with Public Health Wales NHS Trust in Cardiff.

"If people are to make informed decisions about their drinking, they need to know the full picture of how alcohol affects moods and emotions," Bellis added.

"They clearly lay out that sometimes people will use alcohol to regulate their emotions – not only negative emotions, but positive emotions as well," Krakower said.

Bellis said that it makes sense that different types of drinks would work differently on the brain and emotions, given how alcohol levels vary.

"Spirits are often consumed more quickly and contain much higher concentrations of alcohol. This can result in a quicker stimulating effect as blood alcohol levels increase," he explained.

"They may also be consumed in different social occasions, so people may be drinking them deliberately to feel the drunken effect quickly, while other types of drink are more likely to be consumed slowly or with food," Bellis added. "As people get the kick from escalating alcohol levels, the same increases reduce the brain's ability to suppress impulsive feelings or to consider the consequences of acting on them."

The effect of alcohol also seems to vary somewhat by gender. The researchers found that women were more likely than men to associate most types of positive and negative emotions with drinking alcohol of any type.

A recent Swedish study found that women alcoholics also suffer damage to the part of their brain that controls moods, impulses and sleep three times faster than their male counterparts.

There's one notable exception, however. Men more often associated feelings of aggression with alcohol, according to the survey results.

"Alcohol reduces consideration of the consequences of actions as it suppresses the more rational parts of the brain," Bellis said. "Generally, men have a greater involvement in violence than women, and so it is not surprising that drinking alcohol exposes some of this underlying difference in behaviours."

The survey results indicated that alcoholics in particular rely on drinking to feel better. For example, they were five times more likely to feel energised after imbibing than were people without a drinking problem.

The findings suggest that "people who are heavier drinkers are even more likely to associate certain drinks with energy and confidence. In some cases, they may be reliant on certain drinks for these feelings," Bellis said.

"Unfortunately, while looking for positive outcomes, heavier drinkers are also much more likely to report those aggressive, tearful and restless outcomes as well," he noted. "This can become a dangerous spiral, where drinking can be seen as a solution to emotional problems that it is actually aggravating."

If you feel like you're a mean or unhappy drunk, would switching from liquor to beer or wine help?

"Pacing any type of alcohol consumption is important to retaining control and avoiding getting more inebriated than you can manage," he said. "Opting for lower alcohol options and alternating alcoholic drinks with non-alcoholic ones can help."

Krakower, though, doesn't think that will help folks who are dependent on alcohol.

"It just doesn't work that great with alcoholism," Krakower said. "When you pick up one drink, it's hard to say, 'I'm only going to have two or three.' It usually becomes 10 or 20."

We live in a world where facts and fiction get blurred
In times of uncertainty you need journalism you can trust. For 14 free days, you can have access to a world of in-depth analyses, investigative journalism, top opinions and a range of features. Journalism strengthens democracy. Invest in the future today. Thereafter you will be billed R75 per month. You can cancel anytime and if you cancel within 14 days you won't be billed.
Subscribe to News24
Related Links
8 surprising things that happen to your body when you stop drinking booze
Keep track of your alcohol consumption
Easy access to drugs and booze ups teens' addiction risk
Next on Health24
Even moderate drinking may dull the ageing brain