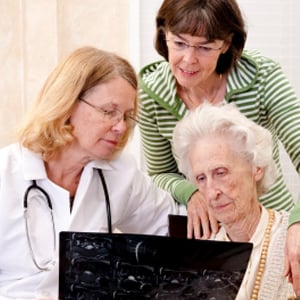 People who spend a lot of time reading, writing and otherwise seeking and processing new information lose their thinking and memory skills more slowly as they age, a new study suggests. Researchers found being "cognitively active" both early and later in life was tied to better performance on memory tests among people in their 80s.

That was still the case once they autopsied participants' brains after they died and accounted for changes that signal cognitive problems, such as early Alzheimer's disease.

"There's been a real controversy about why a cognitively active lifestyle is associated with (a lower risk of) cognitive decline," said Robert Wilson, who led the study at Rush University Medical Center in Chicago". One theory has been that cognitive inactivity is simply a consequence of the underlying disease, rather than a true risk factor," he told Reuters Health. But the new study, Wilson said, suggests the link is not explained by people who have more diseased brains being less active in old age.

He and his colleagues asked more than 1 600 older adults starting in 1997 about how often they went to the library, wrote letters and sought information as a child and young adult and more recently. Then they gave participants a thinking and memory test every year and tracked their progress.

The new study included 294 of those participants who died at an average age of 89 and underwent a brain autopsy to look for cognition-related changes. They had each taken an average of six annual cognitive tests during the study, which showed that 102 developed dementia and 51 developed mild cognitive impairment. On a scale of 1 to 5 measuring how often a person engaged in cognitively stimulating activities, with 1 being the least frequent, the average participant scored a 3.2 for late-life cognitive activity and a 3.1 for early-life activity.

Compared to people with average late-life cognitive activity, thinking and memory skills declined 48% faster among those with infrequent activity and 32% slower among those who were the most cognitively active. Likewise, the study team found cognition declined 42% faster for participants who rarely read and wrote early in life than for the average person, and 32% slower for the very cognitively active.

"This confirms that the effect of cognitive activity is over and above anything having to do with pathology," said Charles Hall, who has studied the effects of mental activity at the Albert Einstein College of Medicine in Bronx, New York."We've been thinking for a long time that there's not going to be any harm from cognitive activity and there might be some good, and this is more confirmation of that," Hall, who wasn't involved in the new research, told Reuters Health.

The study, published Wednesday in Neurology, doesn't prove that being mentally active wards off cognitive decline. But Wilson said he thinks it "moves us closer to that"."We do think a cognitively active lifestyle is good for your cognitive health and brain health in old age," he said. But keeping mentally busy shouldn't be a chore, he added. Wilson said photography, quilting and book clubs may all keep people's minds working.

He recommended that people choose something stimulating and challenging that they enjoy and can keep doing as they age. Prashanthi Vemuri of the Mayo Clinic in Rochester, Minnesota, who co-wrote an editorial accompanying the new study, also told Reuters Health the type of mental activity doesn't seem to matter as much as just being active in general. And it's never too late to start, she noted."Just keeping mentally stimulated is very important," Vemuri said.

We live in a world where facts and fiction get blurred
In times of uncertainty you need journalism you can trust. For 14 free days, you can have access to a world of in-depth analyses, investigative journalism, top opinions and a range of features. Journalism strengthens democracy. Invest in the future today. Thereafter you will be billed R75 per month. You can cancel anytime and if you cancel within 14 days you won't be billed.
Subscribe to News24
Related Links
Memory loss
Brain work-outs preserve mental function
The brain speaks
Next on Health24
Are the kids okay? How the pandemic spiked mental health issues in children, and how to help them