Fine line between self-promotion and bragging 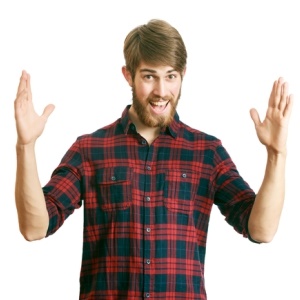 In a series of experiments, researchers found that people who boast about things like a recent work promotion or a new car often offend others.

Self-promoters typically overestimate the positive reactions to their boasting and underestimate the negative reactions. This means that when people try to improve the opinion that others have of them, they often overdo their self-promotion and trigger the opposite of the intended effect.

Read: How you can promote a positive self-image

The study was published recently in the journal Psychological Science.

"Most people probably realise that they experience emotions other than pure joy when they are on the receiving end of someone else's self-promotion. Yet, when we engage in self-promotion ourselves, we tend to overestimate others' positive reactions and underestimate their negative ones," study author Irene Scopelliti, a lecturer in marketing at City University London in England, said in a Carnegie Mellon University news release.

She conducted the research while at Carnegie Mellon, in Pittsburgh.

"These results are particularly important in the internet age, when opportunities for self-promotion have proliferated via social networking. The effects may be exacerbated by the additional distance between people sharing information and their recipient, which can both reduce the empathy of the self-promoter and decrease the sharing of pleasure by the recipient," Scopelliti said.

Study co-author George Loewenstein, a professor of economics and psychology at Carnegie Mellon, said, "This shows how often, when we are trying to make a good impression, it backfires.

"Bragging is probably just the tip of the iceberg of the self-destructive things we do in the service of self-promotion, from unfortunate flourishes in public speeches to inept efforts to 'dress for success' to obviously insincere attempts to ingratiate ourselves to those in power," he added.

People love talking about themselves