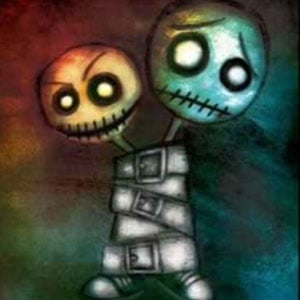 Being bipolar can increase your risk for Parkinson's disease.

Struggling with bipolar disorder is hard enough, but now a new study from Taiwan suggests these patients are seven times more likely to develop Parkinson's disease.

But US experts cautioned that the absolute risk of developing Parkinson's – an incurable movement disease – is still very low for those with the mood disorder.

"I wasn't surprised [by the study's findings], because similar disorders like major depression and anxiety disorder convey a similar increased risk of Parkinson's later in life," said Dr Gregory Pontone, director of the Parkinson's disease research centre at Johns Hopkins Medicine in Baltimore.

"This gives you two reasons to treat bipolar disorder aggressively," he added.

Also known as manic-depressive illness, bipolar disorder is a mood disorder marked by swings from elated, energised behaviour to feelings of sadness and hopelessness. It affects about 2.6% of American adults, according to the US National Institute of Mental Health.

Parkinson's is a progressive condition causing tremors, rigid muscles and slowed movement, among other symptoms. By 2030, the Parkinson's Foundation projects 1.2 million Americans will be living with the disease.

For the study, researchers led by Dr Mu-Hong Chen of Taipei Veterans General Hospital, reviewed health records for 56 000 people in Taiwan who were diagnosed with bipolar disorder between 2001 and 2009. They were compared to 225 000 people with no history of bipolar or Parkinson's. Both groups were tracked until late 2011.

"When you say there's seven times the risk, it gets scary. But it's still very few [bipolar] patients who get Parkinson's," said Dr Justin Martello, who reviewed the findings. He's a neurologist specialising in movement disorders and Parkinson's disease at Christiana Care Health System in Wilmington, Delaware.

Martello pointed out that while the study was large, it was limited by including only people in Taiwan.

"We don't know how this would apply more globally or broadly," Martello said. "I think it's more interesting for physicians to know this and be more aware of the association."

Pontone, who co-wrote an accompanying editorial, and Martello said scientists have many theories – still unproven – about how bipolar disorder might be connected to the development of Parkinson's.

"A depressive or manic episode may do something to the brain that renders it more vulnerable" to Parkinson's over time, Pontone said.

And Martello noted that many medications used to treat bipolar disorder can trigger Parkinson's-like symptoms.

Many experts think Parkinson's is active years or decades before movement problems show up, and mood disorders such as bipolar may actually be an early symptom of Parkinson's, Pontone and Martello said.

Much more research is still needed, they agreed.

"We definitely need to look more at a global population," Martello said. "The researchers here did follow patients for 10 years, but it needs to be extended longer to see how many of these patients convert to Parkinson's down the road."