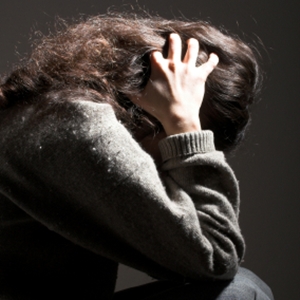 A combination of antidepressant therapy and counselling is an effective way to treat anxiety in older adults, a new study finds.

Together, these treatments keep seniors anxiety-free for a longer time than either medication or counselling alone, according to the researchers.

The investigators studied 73 people, aged 60 and older, with generalised anxiety disorder, a problem that affects about 5% of seniors. All the patients began the study by taking the antidepressant escitalopram (Lexapro) for three months.

During cognitive behavioural therapy, patients learned about the nature of anxiety, worked on relaxation techniques, such as deep, slow breathing and progressive muscle relaxation, and were also taught problem-solving skills, the study authors explained in a Washington University School of Medicine news release.

After four months, participants were randomly divided again, with half continuing on the antidepressant for another seven months and half getting an inactive placebo. At the end of 13 months the researchers compared results.

"Those individuals who had both the drug and cognitive behavioural therapy also had a lower relapse rate, and if they did relapse, it happened later," Dr Eric Lenze, a professor of psychiatry at Washington University School of Medicine in St Louis, said in the news release.

Taking the antidepressant lowered anxiety levels, but the improvement was much greater in patients who also received cognitive behavioural therapy, according to the study, published online recently in the American Journal of Psychiatry.

However, not all older adults benefit from cognitive behavioural therapy, Lenze said.

"Antidepressant medication and cognitive behavioural therapy appear to work well in combination, but if an older adult has begun to develop dementia related to Alzheimer's disease or some other illness, it appears even small amounts of cognitive impairment from those disorders can interfere with the benefits this combination of therapies provides," Lenze explained.

The U.S. National Institute of Mental Health has more about anxiety disorders.