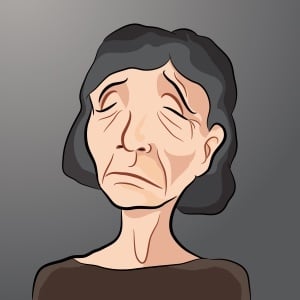 Middle-aged women with a solid social life face a significantly lower risk for suicide than those who live in relative isolation, new research suggests.

Many factors contribute to suicide risk

Moreover, friendships and outside activities were found to offer protection against suicide even for women who struggled with mental health issues, such as depression.

"Suicide is one of the leading causes of death among middle-age (American) women, and it's been going up in recent years," said study lead author Dr Alexander Tsai, an assistant professor of psychiatry at the Centre for Global Health of Massachusetts General Hospital in Boston.

Many factors besides mental illness probably contribute to suicide risk, Tsai said. "For example, our social networks are becoming narrower and narrower, and the number of women who now say they have no one to talk to about important things has tripled in the past two decades."

The bottom-line, he said, "is that we found that social isolation places middle-aged women at a higher risk for suicide."

Having social relationships is protective, the researchers concluded.

"That means not just friendships, but also simply being involved with people in the community outside the immediate family, through things like neighbourhood associations or religious groups," Tsai explained.

Women less likely than men to kill themselves

The findings appear in the online edition of JAMA Psychiatry.

The number of middle-aged women in the United States taking their own lives increased 30 percent over the past decade, according to background notes in the study.

Although women are still less likely than men to kill themselves, the increase seen in women was larger during those 10 years than the rise noted among men, the researchers said.

Hoping to better understand what drives middle-aged women to suicide, the current study looked at data on nearly 73,000 female nurses aged 46 to 71. All were tracked between 1992 and 2010 as part of the ongoing Nurses' Health Study, and completed lifestyle questionnaires every two years.

The degree to which each woman was deemed "socially integrated" was based on several factors including marital status; social network size; amount of contact with others; and membership in social organisations.

The results were then stacked up against suicide patterns. Investigators concluded that over the study's roughly two-decade time frame, women who had a relatively vibrant social life were three times less likely to die by suicide than those who lived in relative isolation, irrespective of mental or physical health problems.

"This underscores the fact that it's important for your emotional well-being to stay socially active," said Tsai. However, he acknowledged that some people have a more difficult time meeting people and making friends than others, and said there are avenues for working on that.

"Psychotherapy can often help both women and men troubleshoot and problem-solve in order to help deepen their social ties," Tsai said.

Dr Eric Caine, director of the Injury Control Research Center for Suicide Prevention at the University of Rochester Medical Centre in Rochester, New York, said the findings indicate that having a highly connected social network can have a powerful protective effect.

"As much as we want to understand the brain basis of psychiatric concerns that contribute to suicide risk, we also have to focus on the social factors at play," he said.

"This kind of work really invites us to do more research," added Caine. He pointed out that suicide patterns are complex and vary significantly across gender, age groups and cultures.

"Often, it seems to have something to do with social support," he suggested. "It seems clear that we need people around us to help with life's inevitable adversities."