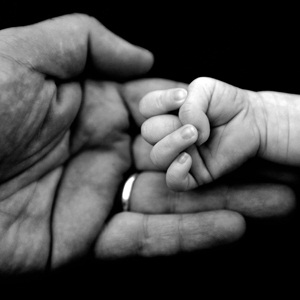 374 - that is the number of newborn babies abandoned in Gauteng hospitals over the past three years. That means on average 11 babies were left at these hospitals every month.

This alarming news was revealed by Gauteng Health MEC Qedani Mahlangu in a written reply to questions by the Democratic Alliance in the Gauteng Legislature.

Mahlangu stated that 147 babies were abandoned in Gauteng hospitals in 2013, followed by 124 abandoned babies in 2014 and 108 babies from January to September this year.

The worst affected hospital was Leratong Hospital where 100 babies were abandoned. Other hard-hit hospitals include:

Mahlangu said to help stem the tide of abandoned babies, the department ensures that parents are identified and contact details are confirmed when they present for child birth.

"We conduct ongoing educational talks on contraceptives and choice of termination in our communities. We refer expecting mothers to social workers to discuss alternative options in case they do not want to keep the baby,” she added.

Read: How to save the lives of SA babies

Mahlangu also pleaded with members of the community to utilise contraceptives to avoid unwanted pregnancies and undergo family planning when they intend to engage in reproductive process.

The department also noted a trend of babies being picked up in the veld, HIV status of parents and foreign mothers.

The MEC pointed out that babies were left at hospitals for a variety of reasons. These include teenage pregnancy and unwanted pregnancy, lack of family support, financial constraints due to unemployment, children deserted by fathers, fear of parents and resentment.

These factors resonated with a study released in 2014 by Dee Blackie, who is a consultant to the National Adoption Coalition of SA. The report indicated that the key contributing factors for abandoning children were poverty, the breakdown of traditional kinship support systems due to HIV/Aids and urbanisation, rape and statutory rape.

"Women who choose to abandon their children find often find themselves in desperate situations, many have been abandoned themselves by the father of their child and by their families (on discovery of their pregnancy)," stated the report.

It further highlighted other influencers such as culture, anti-adoption practices by government and legislation governing who can place a child for adoption.

"It’s very sad that so many mothers feel the need to abandon their babies," he said. "Prevention efforts should be broad-based and tackle the societal problems that break the natural bond between mother and infant."

Child Welfare SA estimated that more than 3 500 babies were abandoned in SA in 2010.

We live in a world where facts and fiction get blurred
In times of uncertainty you need journalism you can trust. For only R75 per month, you have access to a world of in-depth analyses, investigative journalism, top opinions and a range of features. Journalism strengthens democracy. Invest in the future today.
Subscribe to News24
Related Links
Viral: Dog saves abandoned baby's life
How to save the lives of SA babies
South Africa's dying babies
Next on Health24
What is herbal Viagra? Take a look at the dangers