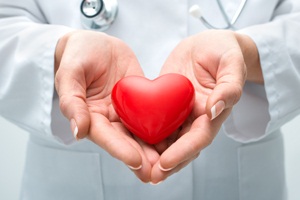 Doctors are almost twice as likely to sign up as organ donors as the general public, a new study finds.

Researchers looked at more than 15,000 doctors in the Canadian province of Ontario and more than 10 million people in the province, and found that nearly 43 percent of the doctors had agreed to donate their organs after they died, compared with about 24 percent of the general public.

Read: Character counts when it comes to organ, blood donations

Doctors most likely to register as organ donors were younger and female, according to the study in the July 16 issue of the Journal of the American Medical Association.

Among those who were registered as organ donors, 11.7 percent of doctors and 16.8 percent of the general public excluded at least one organ or tissue from donation.

What about other nations?

Further research is needed to determine if doctors in other nations are also more likely than people in the general population to register as organ donors, researcher Alvin Ho-ting Li, of Western University in London, Ontario, and colleagues, said.

They noted that in most countries with an organ donor registry, less than 40 percent of people are signed up.

"One common fear is that physicians will not take all measures to save the life of a registered citizen at a time of illness. Showing that many physicians are registered for organ donation themselves could help dispel this myth. Although most physicians in surveys support organ donation, whether they are actually registered remains unknown," the researchers wrote.

We live in a world where facts and fiction get blurred
In times of uncertainty you need journalism you can trust. For 14 free days, you can have access to a world of in-depth analyses, investigative journalism, top opinions and a range of features. Journalism strengthens democracy. Invest in the future today. Thereafter you will be billed R75 per month. You can cancel anytime and if you cancel within 14 days you won't be billed.
Subscribe to News24
Related Links
5-week-old baby becomes organ donor
Social media boosts organ donor registration
Become an organ donor
Next on Health24
Living with long Covid: Real stories of the months-long health battles after Covid infection