‘I refused to let bipolar control me’ 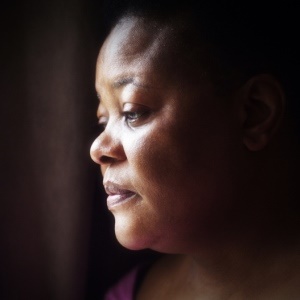 Bipolar disorder affects about one percent of the population.

Sebendzile Mkhomazi (30) of Mpumalanga said this was the case for her as she struggled for years before she was eventually diagnosed with bipolar disorder and given the correct treatment.

She first experienced the symptoms at the age of 14, just a few months after her mother died.

“At first things were fine, until I started experiencing different emotions. My family thought it was the stress of losing my mother,” Mkhomazi explained.

“Living in a deep rural community with an unknown disorder meant that it took us a long time to eventually get to the clinic. And then when we did, the people didn’t have enough information about the disorder. I was constantly judged and discriminated against. Life became unbearable.

"Even my family knew nothing about the sudden condition that attacked. I remember the were many suggestions that I should go to a sangoma. So my grandparents took me to one known sangoma in the village,” she said, remembering the events that transpired 16 years ago.

“Even though it was many years ago, I still recall those days like it was just yesterday. I was made to drink two litres after two litres of medicines that didn’t help. And I still experienced all those mixed emotions. I was frustrated, but still my father couldn’t stop me from drinking that disgusting and smelly medicine.”

She continued, “My years in school were another issue. I remember one of my teachers in grade 9 telling me I will not complete high school because I was stupid and slow learner. Because I couldn’t deal with her, I skipped school a lot.”

Mkhomazi remained confused and helpless, and withdrew from her family. She started drinking heavily and smoking dagga.

“With my disorder and those intoxicating substances my behaviour totally changed. I became violent towards my siblings,” she said.

Eventually her father agreed to take her back to the clinic to seek further help. After being seen by medical professionals she was diagnosed with bipolar disorder and immediately put on treatment.

“That changed my life; I was able to concentrate in class and engaged again with my school work.”

According to the South African Depression and Anxiety Group (SADAG), bipolar disorder affects about 1% of the population. While the disorder is sometimes seen in children, the usual age of onset is late adolescence and early adulthood.

“I don’t want to lie. Over the years living in rural community with a disorder was hard. I was stigmatised and discriminated against. But those experiences have made me strong. I have learnt to work more than the average person and I couldn’t let the world determine my future,” she said.

“Just because I have never let people use my disorder to control me, I was able to complete high school. Now I am employed in one of the mines in Gert Sibande District, and over the years I have bought a car and house. I am happy with what I have achieved because it was not an easy journey moving from back there to here.”

Her story is not isolated.

“We have a big problem with stigma and discrimination against people with different chronic illnesses like bipolar disorder. Many people believe it’s a curse, which it is not. With an early diagnosis, treatment and support anyone can live a health and positive life with bipolar,” said community nurse Zanele Zwane. - Health-e News

We live in a world where facts and fiction get blurred
In times of uncertainty you need journalism you can trust. For 14 free days, you can have access to a world of in-depth analyses, investigative journalism, top opinions and a range of features. Journalism strengthens democracy. Invest in the future today. Thereafter you will be billed R75 per month. You can cancel anytime and if you cancel within 14 days you won't be billed.
Subscribe to News24
Related Links
Brain scans may shed light on bipolar suicide
Troubled childhood may boost bipolar risk
Bipolar diagnosis may take up to 6 years
Next on Health24
Women already live longer than men - and can live even better with an improved diet