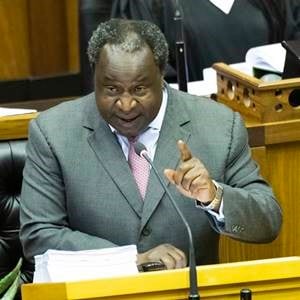 On Wednesday afternoon, Minister of Finance Tito Mboweni delivered this year’s budget speech. The health budget gets a slice of close to R230 billion from R1.95 trillion of the public purse.

Although the health budget has increased by over R7 billion, this is a decrease in actual terms, says Director of Rural Health Advocacy Project (RHAP) Russell Rensburg.

“The budget for health usually increases by 7.5% but this year we are seeing a five percent increase.” Mboweni says that budget cuts are due to slow economic growth and low revenue outcomes. But it doesn’t mean that the economy is at the point of austerity, he adds.

“We are operating in a difficult environment. [But] we are not at a point of austerity. We are cleaning up our house. Some programmes need to be modified so we can reorganise ourselves and for growth,” the minister said during a media briefing.

Rensburg says that the budget reflects that government is trying to figure out what works and what doesn’t. “Their hands are tied but they are open to learning.”

Commitment to the NHI In the budget review, Treasury has reprioritised R55.6 million to the Department of Health to increase its capacity to phase in the NHI. This amount will be reviewed once the proposed policy is implemented.

An amount of R25 million has been set aside for the National Quality Health Improvement Plan that is a project of the Presidency to improve the quality of healthcare facilities to ensure that they can be accredited for the NHI.

However, according to the budget review, spending the national department of health is reduced by R3.9 billion. “This implies that some activities related to national health insurance will be phased in over a longer timeframe,” the document states. Rensburg says that Treasury may be hinting that there will be a delay in the implementation of the NHI.

“The key activities of the NHI have been protected from government-wide cuts. NHI pilot activities such as the Health Patient Registration System, electronic stock surveillance and health professionals contacting and serves such as oncology and mental health as well as infrastructure development of health care facilities will not be affected.

”In his Midterm budget speech in October, Mboweni estimated that rolling out the NHI would require an additional R33 billion annually from the beginning of the 2025/26 financial year. “National Treasury will work with the Department of Health to develop a strategy to align changes to health conditional grants with national health insurance reforms. These changes include accelerating the delivery of improved infrastructure for hospitals and clinics,” says Treasury.

The human resource capacitation grant will be merged with the health professions training and development grant. About R3.3 billion is allocated for this purpose over the next three years for “sufficient medical internships and community service posts for medical students to complete their training,”Previously, provincial health departments have struggled to place doctors and nurses for their community services citing austerity challenges.

Currently, Limpopo faces protests from unemployed health workers who are calling for the health MEC Phophi Ramathuba to be removed from her position. Last year, Civil Society experts said that the province has less than 50% of health workers than the healthcare system needs.

The Health Promotion Levy, which is also known as the tax on sugary beverages, still remains that same at 11%. Treasury introduced the levy in its previous budget.  Civil Society group Healthy Living Alliance (HEALA), has been lobbying for the tax to increase to 20%. Campaign Coordinator of HEALA, Mary- Jane Matsholo says that this is disappointing and is a reflection that Treasury does not take health matters to heart.

“We are still going to approach the office of the Minister of Finance. We have engaged with his office [before]. We are still going push for a 20% increase and we won’t stop until we get it. We believe that the sugary drinks tax has assisted in funding the public healthcare system that is always in need of more funds.

”GBV plan in limbo Meanwhile, an additional R15 million has been ringfenced “to establish a national council to combat gender-based violence and femicide”, however, Mboweni was mum on the specific amount that has been allocated for the National Strategic Plan (NSP) for gender-based violence - which was one of the 24 demands made by activists during the Total Shutdown March in August 2018 and as well as a declaration that was signed by President Cyril Ramaphosa in 2019. Public consultations for the draft NSP took place in September.

Three months later, cabinet said all “funded programmes” of the NSP “must be implemented by the relevant departments.”

“Cabinet, however, directed for further work be done in refining the proposed institutional and coordination arrangement of this work,” Minister in the Presidency Jackson Mthembu said.The departments of Social Development, Justice and Correctional Service, Police as well as  Women, Youth and Persons with Disabilities have been tasked with the “further work”.

*Health-e News is a media partner of the Healthy Living Alliance.

We live in a world where facts and fiction get blurred
In times of uncertainty you need journalism you can trust. For 14 free days, you can have access to a world of in-depth analyses, investigative journalism, top opinions and a range of features. Journalism strengthens democracy. Invest in the future today. Thereafter you will be billed R75 per month. You can cancel anytime and if you cancel within 14 days you won't be billed.
Subscribe to News24
Related Links
Five things that the midterm budget tells us about the future of health
Despite calls for it to be scrapped, the sugar tax stays and has been increased as well
NHI public hearings: ‘First fix the issues, then implement the NHI’
Next on Health24
In-depth: How and why pain management for children is falling short in SA