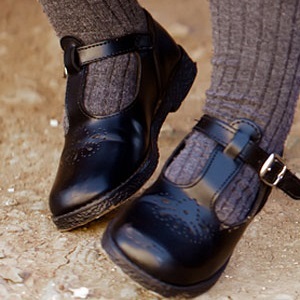 Cape Town - Hundreds of Mankgane Primary School learners in Limpopo had to be hospitalised last week as a result of food poisoning.

This was confirmed by the Limpopo Education Department to the Democratic Alliance.

He said party will be laying criminal charges against the feeding scheme supplier.

"We further demand the immediate cancellation of the Sekhukhune supplier’s contract, and for a full investigation into the criminal negligence of Department officials to be completed without delay."

"How many lives is the department willing to risk before it properly vets suppliers of food to our learners?"

In November last year the contracts of two companies supplying food to schools in Limpopo were terminated because of food contamination.

The learners had to be hospitalised after suffering from diarrhoea, dizziness, vomiting and cramps from  eating lunches tainted with crushed glass and stones.

"How is it possible that the same tragedy has struck again just four months later?" asked Smalle.

The DA will call for a full inquiry by the Limpopo legislature’s Education Committee into all school feeding scheme contracts the Department has entered into.

The dangers of food poisoning

"Food poisoning is very dangerous in adults but especially in children; they dehydrate extremely quickly and this could be life threatening. If you or your children show any of these signs, go to the nearest doctor, hospital or clinic for treatment. Do not delay."

Van Deventer also stressed the need to always be cautious: "If in any doubt, do not eat. Food items with even a tinge of blue or grey is not good."

She also advised that one important step to take to prevent food poisoning is  to always wash your hands and your kids' hands and especially while working with food.

We live in a world where facts and fiction get blurred
In times of uncertainty you need journalism you can trust. For 14 free days, you can have access to a world of in-depth analyses, investigative journalism, top opinions and a range of features. Journalism strengthens democracy. Invest in the future today. Thereafter you will be billed R75 per month. You can cancel anytime and if you cancel within 14 days you won't be billed.
Subscribe to News24
Related Links
Load shedding sparks food poisoning fear
Fast food may lead to lower school results
Food poisoning facts
Next on Health24
In-depth: The human cost of surgical delays