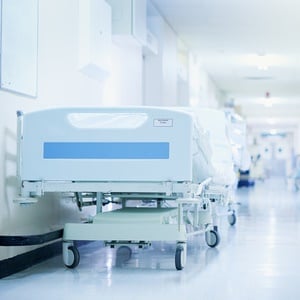 The recent Death and Mortality Report revealed the causes of natural deaths in each province.

The latest Stats SA report on Mortality and Causes of Death in South Africa (2016) showed that tuberculosis continues to be the country’s leading underlying natural cause of death.

Across the country it topped the list in six of the nine provinces, except the Western Cape, Gauteng and Limpopo.

Diabetes as concerning as TB, HIV

Intriguingly, diabetes mellitus was the leading underlying natural cause of death in the Western Cape, by a considerable margin, followed by HIV.

Diabetes ranked in the top four causes of death in two thirds of the provinces, with the report showing that it was the second leading cause in Limpopo, and third in the Eastern Cape, KwaZulu-Natal and Mpumalanga.

Unlike TB and HIV, diabetes can be caused by several lifestyle factors such as diet and weight. Diabetes can be controlled by changing your lifestyle. Unfortunately, if undiagnosed or untreated, it can lead to serious health complications such as kidney failure and amputation which can ultimately lead to death.

In 2017 Health-e News reported that the rising numbers of diabetes in South Africa is a cause for concern, especially since it is highly preventable and manageable with the right treatment and knowledge.

Business Insider earlier reported on concerning data related to diabetes, showing that it was the leading underlying cause of death for women. The report said that diabetes was responsible for 16% more deaths than the number two cause, cerebrovascular diseases.

It further said that 60% more women died of diabetes than men, based on the 2016 figures.

In Gauteng, “other forms of heart disease” was the leading cause, followed by tuberculosis, closer to the national trend, while in Limpopo, influenza and pneumonia topped the list, with diabetes in second position.

Influenza, pneumonia a problem in Limpopo

According to Stats SA, interestingly, influenza and pneumonia has remained the leading underlying cause of death in Limpopo since 1997.

Overall, six of the 10 leading causes were common for all provinces – diabetes mellitus, HIV, cerebrovascular diseases, tuberculosis, hypertensive diseases, and other forms of heart diseases.

The Stats SA report is compiled from all death notification forms from the Home Affairs department’s civil registration system.

We live in a world where facts and fiction get blurred
In times of uncertainty you need journalism you can trust. For only R75 per month, you have access to a world of in-depth analyses, investigative journalism, top opinions and a range of features. Journalism strengthens democracy. Invest in the future today.
Subscribe to News24
Next on Health24
SA teens are in line to be vaccinated: What you need to know