Implications of mind-altering drugs on kids 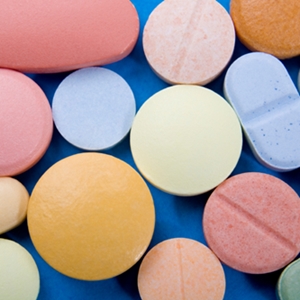 Doctors warn about the ethical and medical implications of prescribing attention-boosting and mood-altering medications to healthy kids and teens, in a new statement from the American Academy of Neurology.

Focusing on stimulants typically used to treat attention deficit hyperactivity disorder, or ADHD, researchers said the number of diagnoses and prescriptions have risen dramatically over the past two decades.

Young people with the disorder clearly benefit from treatment, lead author Dr William Graf emphasised, but the medicines are increasingly being used by healthy youth who believe they will enhance their concentration and performance in school.

According to the National Institute on Drug Abuse, 1.7% of eighth graders and 7.6% of 12th graders have used Adderall, a stimulant, for nonmedical reasons.

Some of those misused medicines are bought on the street or from peers with prescriptions; others may be obtained legally from doctors.

"What we're saying is that because of the volume of drugs and the incredible increase the possibility of over diagnosis and over treatment is clearly there," said Graf, from Yale University in New Haven, Connecticut.

In their statement he and his colleagues say doctors should not give prescriptions to teens who ask for medication to enhance concentration against their parents' advice.

Prescribing attention- or mood-enhancing drugs to healthy kids and teens in general cannot be justified, for both legal and developmental reasons, Graf and his co-authors conclude.

"You're giving amphetamines to kids. I think we have to be worried about how that affects the brain, mood, rational thought and we don't have enough data about that yet," he said.

Almut Winterstein, a pharmacy researcher from the University of Florida in Gainesville, agreed that not much is known about the effects of long-term stimulant use - another reason to be careful and make sure they're really necessary for a specific child.

In the short term, stimulants increase heart rate and blood pressure."If you have a child who actually can sit still and doesn't seem to have a problem focusing on a task, a stimulant won't do a thing, and definitely won't improve school performance," said Winterstein, who didn't work on the new statement.

"I am concerned personally that many parents believe that if their child doesn't do well in school, they must have ADHD," and therefore need stimulants, she said.

Graf noted that childhood is changing in the United States: kids are being challenged in school, but also spending more and more time in front of screens.

"The majority still has to agree that we're not going to give a pill for every problem in childhood," he said. "We're talking about healthy kids."

We live in a world where facts and fiction get blurred
In times of uncertainty you need journalism you can trust. For 14 free days, you can have access to a world of in-depth analyses, investigative journalism, top opinions and a range of features. Journalism strengthens democracy. Invest in the future today. Thereafter you will be billed R75 per month. You can cancel anytime and if you cancel within 14 days you won't be billed.
Subscribe to News24
Related Links
Hard to find good info on drug safety in pregnancy
Medicines that changed history
Heartburn meds often taken for too long
Next on Health24
Microplastics seeping out of baby's bottle, study shows