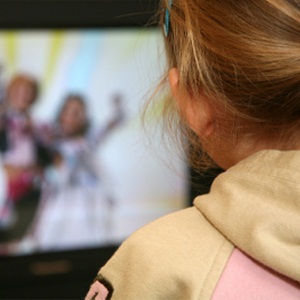 iStock
Parents who let their teens use electronic devices or watch TV during family meals tend to serve less nutritious food and have poorer family communication, a new study suggests.

Experts have suggested turning the TV off at mealtime for years. But with the advent of cell phones and other handheld devices, kids can bring all kinds of media with them to the table.

"The findings of this most recent paper showed that mealtime media use is common among families with adolescents but that setting rules around media use at meals may reduce media use among teens and have other positive benefits as well," lead author Jayne A Fulkerson told Reuters Health in an e-mail.

Fulkerson is the director of the Centre for Child and Family Health Promotion Research at the University of Minnesota School of Nursing in Minneapolis. "Parents who are having family meals with media could choose to make some rules excluding media at mealtimes to spend more quality time with their children," she said.

Fulkerson and her colleagues asked more than 1 800 parents how often their adolescent children watched TV, talked on the phone, texted, played games or listened to music with headphones during family meals.

They also asked parents if they set rules on media use at mealtime and whether they felt family meals were important. Children answered questions about how well their families communicated, including how often they talked about problems with their parents.

Two thirds of parents reported that their teens watched TV or movies during family meals at least some of the time. One quarter said the TV was on frequently.

Texting, talking on the phone, listening to music with headphones and using handheld games were less common. Between 18% and 28% of parents reported those activities happened at mealtime, according to findings published in the Journal of the Academy of Nutrition and Dietetics.

Close to three quarters of parents said they set limits on mealtime media use. Girls were more likely to use electronic media than boys and media use at mealtime increased with age. It was also more common among families with parents who were less educated or were black or Asian.

Mealtime media use was less common when parents set rules, but more common among families that didn't communicate much.

What results did the research produce?

The researchers didn't ask if parents also used electronic media at mealtime. "What parents told us is that kids (and probably parents alike) are texting and using games while eating dinner. In several surveys I have done with parents and youths, they have indicated that there is a lot of multitasking going on," Fulkerson said.

She said research has shown frequent family meals are tied to higher self-esteem and a better diet among kids.

Solutions to the problem

Given the opportunity, most children will talk about themselves and their lives at mealtime, leading to better family communication, Fulkerson said. "Perhaps they will have greater feelings of connectedness as well. Mealtimes are a great venue for this. Of course, it is not true for every family, but fits for many," she said.

"There is no magic number of how many (family meals) to have, not all food at meals has to be 100% healthy and having electronic media at meals is not all bad (e.g. an occasional movie night with dinner) if it facilitates family time," she noted.

"But, parents can take small steps to have quality time with their children by reducing media use at mealtimes."

Read:
Eating in front of TV is bad for your health

We live in a world where facts and fiction get blurred
In times of uncertainty you need journalism you can trust. For only R75 per month, you have access to a world of in-depth analyses, investigative journalism, top opinions and a range of features. Journalism strengthens democracy. Invest in the future today.
Subscribe to News24
Related Links
Obese teens eat up fast-food hype – study
Firm parenting helps control kids' weight
Screen time makes kids gain weight
Next on Health24
Microplastics seeping out of baby's bottle, study shows

Get the newsletter
Voting Booth
Have you entered our Health of the Nation survey?
Please select an option Oops! Something went wrong, please try again later.
Yes
28% - 9798 votes
No
72% - 24678 votes
Previous Results