Soft furniture no cushion against falls for young kids 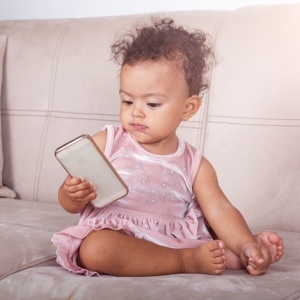 Kids should not be left unattended on furniture.

It's a scene played out in many homes – parents place their baby on a bed or sofa, thinking the child is safe while Mom or Dad slips away for a few moments.

But new research finds that falls from beds and sofas pose a greater risk to children than many parents believe.

Most common source of injury

More than 2.3 million children under the age of five were treated in US emergency departments for "soft furniture-related injuries" between 2007 and 2016, an average of 230 026 injuries per year, according to the study. It is to be presented Monday at the American Academy of Pediatrics (AAP) national conference, in Orlando, Florida.

"Parents often leave young children on a bed or sofa, stepping away for a bit and thinking it's not dangerous," said study author Dr Viachaslau Bradko.

"But our research shows that these types of falls are now the most common source of injury in this age group," he added in an AAP news release. In fact, he said, children are 2.5 times more likely to be hurt by falls from beds and sofas than they are from stair-related injuries.

About 62% of the children studied suffered "soft furniture-related injuries" injuries to the head and facial region. Severe or even life-threatening trauma was rare, but 2.7% of the children were hospitalised, the study found.

Need to step up prevention efforts

Children younger than one accounted for 28% of the injuries, and they were more than twice as likely to be hospitalised than children over age one. Boys (56% of cases) were more likely to be injured than girls, the researchers said.

What's more, bed and sofa fall-related injuries among children under age five increased by more than 16% during the study period – 2007 through 2016.

"With falls from beds and sofas hurting such a large and growing number of infants, toddlers and young children, there's a serious need to step up prevention efforts," Bradko said.

Parents should always watch young children when they're on elevated surfaces, including soft furniture, and manufacturers need to improve safety design and consider warning labels, he suggested.

Those labels could advise against leaving young children unattended on beds without properly installed guard rails, or allowing children to jump on or off furniture above a certain height, he added.

Studies presented at medical meetings should be considered preliminary until they're published in a peer-reviewed journal.

We live in a world where facts and fiction get blurred
In times of uncertainty you need journalism you can trust. For only R75 per month, you have access to a world of in-depth analyses, investigative journalism, top opinions and a range of features. Journalism strengthens democracy. Invest in the future today.
Subscribe to News24
Related Links
More organised sport raises kids' injury risk
Kids bored with safer playgrounds
Childproof your kitchen
Next on Health24
Microplastics seeping out of baby's bottle, study shows