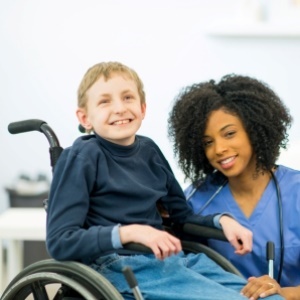 Image only for illustration purposes
iStock

The treatment is experimental, but involves an infusion of the child’s own umbilical cord blood. The boy’s parents stored his umbilical cord at birth in Africa’s largest private stem cell bank, Netcells. Stem cells are in essence the building blocks of life and can transform into specialised cells that can regenerate or facilitate the repair of cells damaged by disease, genetics or injury. The umbilical cord is rich in haematopoietic stem cells that can be used in the treatment of cerebral palsy.

Symptoms of cerebral palsy include difficulty with fine motor tasks (such as writing or using scissors), difficulty maintaining balance or walking and involuntary movements. It is believed the treatment will aid in relieving these symptoms.

Prof Joanna Kurtzberg from Duke University will oversee the treatment. In 1993 she was the first person to successfully perform an unrelated cord blood transplant. She has completed two clinical trials which demonstrated that the functional ability of children with cerebral palsy improved with a single intravenous infusion of a child’s own umbilical cord stem cells.

According to Dr Yvonne Holt, medical director of Netcells, regenerative therapies are an emerging and extremely promising area of medical science.

“In less than a generation, research into the use of umbilical cord blood stem cells is producing powerful treatments for a range of diseases and genetic disorders,” she says.

“These include over 80 blood disorders and immune system conditions such as leukaemia, anaemia and autoimmune diseases where cord blood stem cells are used to regenerate bone marrow, and there are trials underway for treatments of autism, brain injury and Type 1 diabetes.”

Prior to acceptance into the treatment programme at Duke University, both the boy and his unit of blood had to undergo various assessments. The unit has already been transported to the university and will be administered in July.

We live in a world where facts and fiction get blurred
In times of uncertainty you need journalism you can trust. For 14 free days, you can have access to a world of in-depth analyses, investigative journalism, top opinions and a range of features. Journalism strengthens democracy. Invest in the future today. Thereafter you will be billed R75 per month. You can cancel anytime and if you cancel within 14 days you won't be billed.
Subscribe to News24
Related Links
Genes may play a role in cerebral palsy
Risk factors for cerebral palsy, early infant death pinpointed
Pre-eclampsia increases cerebral palsy risk
Next on Health24
Children exposed to intimate partner violence twice as likely to experience poor health