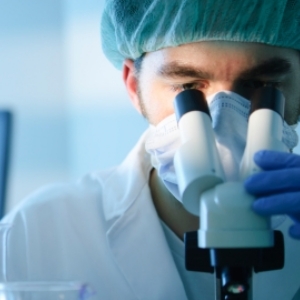 iStock
Nine women in Sweden have successfully received transplanted wombs donated from relatives and will soon try to become pregnant, the doctor in charge of the pioneering project has revealed.

The women were born without a uterus or had it removed because of cervical cancer. Most are in their 30s and are part of the first major experiment to test whether it's possible to transplant wombs into women so they can give birth to their own children.

Life-saving transplants of organs such as hearts, livers and kidneys have been done for decades and doctors are increasingly transplanting hands, faces and other body parts to improve patients' quality of life. Womb transplants – the first ones intended to be temporary, just to allow childbearing – push that frontier even further and raise some new concerns.

There have been two previous attempts to transplant a womb – in Turkey and Saudi Arabia – but both failed to produce babies. Scientists in Britain, Hungary and elsewhere are also planning similar operations, but the efforts in Sweden are the most advanced.

"This is a new kind of surgery," Dr Mats Brannstrom told The Associated Press in an interview from Goteborg. "We have no textbook to look at."

Brannstrom, chair of the obstetrics and gynaecology department at the University of Gothenburg, is leading the initiative. Next month, he and colleagues will run the first-ever workshop on how to perform womb transplants and they plan to publish a scientific report on their efforts soon.

He said the nine womb recipients were doing well. Many already had their periods six weeks after the transplants, an early sign that the wombs are healthy and functioning. One woman had an infection in her newly received uterus and others had some minor rejection episodes, but none of the recipients or donors needed intensive care after the surgery, Brannstrom said. All left the hospital within days.

None of the women who donated or received wombs have been identified. The transplants began in September 2012 and the donors include mothers and other female relatives of the recipients. The team had initially planned to do 10 transplants, but one woman couldn't proceed due to medical reasons, university spokesman Krister Svahn said.

The transplant operations did not connect any of the women's uteruses to their fallopian tubes, so they are unable to get pregnant naturally. But all who received a womb have their own ovaries and can make eggs. Before the operation, they had some removed to create embryos through in-vitro fertilisation. The embryos were then frozen and doctors plan to transfer them into the new wombs, allowing the women to carry their own biological children.

The transplants have ignited hope among women unable to have children because they lost a uterus to cancer or were born without one. About one in 4 500 girls are born with a syndrome, known as MRKH, where they don't have a womb.

Fertility experts have hailed the project as significant but stress it's unknown whether the transplants will result in healthy babies.

All of the women who received womb transplants will need to take anti-rejection medicine.

Brannstrom said using live donors allowed them to ensure the donated wombs were functional and didn't have any problems like an HPV infection.

Doctors in Saudi Arabia performed the first womb transplant in 2000, using a live donor, but that uterus had to be removed after three months because of a blood clot.

Embryos the next step

Brannstrom said he and his colleagues hope to start transferring embryos into some of their patients soon, possibly within months. The Swedish researchers and others have previously reported successful uterus transplants in animals including mice, sheep and baboons, but no offspring from the primates were produced.

After a maximum of two pregnancies, the wombs will be removed so the women can stop taking the anti-rejection drugs, which can cause high blood pressure, swelling and diabetes and may also raise the risk of some types of cancer.

Other experts said if the operations are successful, womb transplants could be an alternative for women who have few choices.

"What remains to be seen is whether this is a viable option or if this is going to be confined to research and limited experimentation," said Dr Yacoub Khalaf, director of the Assisted Conception unit at Guy's and St. Thomas' hospital in London, who was unconnected to any of the womb transplant projects.

"If this had been possible when I was younger, no doubt I would have been interested," she said. Gime, who has two foster children, said the only option for women like her to have biological children is via surrogacy, which is illegal in many European countries, including Norway and Sweden.

Womb transplants on the cards

We live in a world where facts and fiction get blurred
In times of uncertainty you need journalism you can trust. For 14 free days, you can have access to a world of in-depth analyses, investigative journalism, top opinions and a range of features. Journalism strengthens democracy. Invest in the future today. Thereafter you will be billed R75 per month. You can cancel anytime and if you cancel within 14 days you won't be billed.
Subscribe to News24
Next on Health24
Genetic research may help identify causes of stillbirth