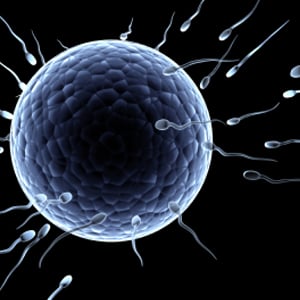 German and Danish scientists have identified dozens of chemicals, including some used in hygiene and consumer products, that interfere with male fertility by damaging sperm.

Writing in the journal EMBO Reports, the team said a third of 96 compounds they tested using a new technique had an adverse effect on sperm.

The chemicals included 4-methylbenzylidene camphor (4-MBC), which is an ultraviolet filter used in some sunscreens, and the anti-bacterial agent Triclosan, used in some kinds of toothpaste, they said.

Outside commentators praised the research but noted it was only carried out on sperm in a lab, a context far removed from the more complex environment of the human body.

Health watchdogs are keeping a close eye on the so-called "endocrine disruptor chemicals", hundreds of which are present in food products, textiles, hygiene products, toys, cosmetics and plastic bottles.

But there were previously no tests that could decisively demonstrate the suspected side-effects on sperm. The researchers said this problem has now been solved.

"Our study provides scientific evidence to assist forming international rules and practices," said Timo Struenker of the Centre of Advanced European Studies and Research in Bonn, the former West Germany capital, who led the study.

It suggested that exposure to the chemicals increases calcium levels in sperm, altering their swimming behaviour and hampering its ability to penetrate the egg's protective coat.

"For the first time, we have shown a direct link between exposure to endocrine-disrupting chemicals from industrial products and adverse effects on human sperm functions," said Niels Skakkebaek of Copenhagen University Hospital.

In a commentary carried by Britain's Science Media Centre, Colin Berry, a professor of pathology at Queen Mary University of London cautioned against extrapolating results for humans from only lab-dish tests.

Lab rodents should be the next step for experiments to validate the findings, he said.

Another expert, Allan Pacey of the University of Sheffield, said men were exposed to "relatively few chemicals or lifestyle factors" that affected their semen quality.

The strongest evidence to back the case against endocrine disruptors would come from a widespread study conducted among the population, he said.

EMBO Reports is published by the European Molecular Biology Organisation.

We live in a world where facts and fiction get blurred
In times of uncertainty you need journalism you can trust. For 14 free days, you can have access to a world of in-depth analyses, investigative journalism, top opinions and a range of features. Journalism strengthens democracy. Invest in the future today. Thereafter you will be billed R75 per month. You can cancel anytime and if you cancel within 14 days you won't be billed.
Subscribe to News24
Related Links
Researchers discover how sperm and eggs 'hook up'
Sexual lubricants may block conception
Sperm substitution at fertility clinic
Next on Health24
Genetic research may help identify causes of stillbirth