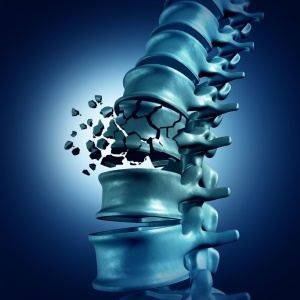 Hope for other strategies

Researchers were disappointed by the finding because supplements and hormone replacement therapy have been thought to improve bone health.

The researchers were led by Dr Shannon Sullivan, medical officer from the US Food and Drug Administration. They examined the medical records of almost 22,000 women who took part in the Women's Health Initiative. This 15-year study, by the US National Institutes of Health, reviewed the most common causes of poor health and death among postmenopausal women.

The study team found that those women who entered menopause before age 40 had a significantly higher risk of broken bones than those who did later, regardless of the treatments they tried. On average, women enter menopause around age 52.

The researchers said there's hope for other strategies, including earlier or longer treatment with calcium, vitamin D or hormones; different doses; or longer follow-up.

The study was published recently in Menopause, the journal of the North American Menopause Society.

"This study highlights the need for health care providers to take into consideration a woman's age at menopause onset when evaluating patients for fracture risk," said Dr. JoAnn Pinkerton, the society's executive director.

"Women at risk for bone loss need 1,200 mg (milligrams) of calcium per day, with adequate vitamin D, and [are] encouraged to get as much as possible through diet due to concern that too much supplemental calcium may increase atherosclerotic plaque in women," she said in a society news release.

Pinkerton added that women with early menopause should ask their health care provider whether they are candidates for hormone therapy and discuss appropriate amounts of calcium, vitamin D and hormones.

We live in a world where facts and fiction get blurred
In times of uncertainty you need journalism you can trust. For 14 free days, you can have access to a world of in-depth analyses, investigative journalism, top opinions and a range of features. Journalism strengthens democracy. Invest in the future today. Thereafter you will be billed R75 per month. You can cancel anytime and if you cancel within 14 days you won't be billed.
Subscribe to News24
Related Links
Menopause and subsequent insomnia hasten ageing
Am I nearing menopause?
Who can benefit from HT?
Next on Health24
Birthing pool not ideal for delivery