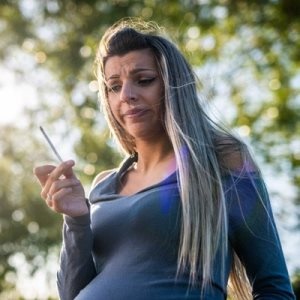 Pregnant mothers shouldn't be too relaxed about smoking dagga.

The study was based on data from more than 467 000 women collected between 2002 and 2017. The researchers found that the percentage of women who said they'd used cannabis at least once during a pregnancy doubled during that time – from 3.4% to 7%.

And the percentage of women who reported "daily or near daily" cannabis use during pregnancy more than tripled – from 0.9% of respondents in 2002 to 3.4% by 2017, according to a team led by Dr Beth Han of the US Substance Abuse and Mental Health Services Administration.

A second study highlighted the potential harm to babies from the trend. Canadian researchers looked at data on pregnancy outcomes for almost 662 000 women averaging 30 years of age.

The investigators found that a history of having used marijuana while pregnant was tied to a doubling of the preterm birth rate – from 6% among non-users to 12% among users. Preterm birth was defined as birth before 37 weeks' gestation.

Cannabis use in pregnancy was also tied to higher odds for low birth weight, certain obstetric complications and the need for newborns to be cared for in the neonatal intensive care unit.

Of course, the study can't prove cause and effect, and other risk factors – for example, concurrent drinking or tobacco smoking – could be at play, said a team led by Daniel Corsi of the Ottawa Hospital Research Institute, in Canada.

But the study also found that "the risk of preterm birth … was statistically significant in subgroups of women who only used cannabis and no other substances."

Both studies were published online in the Journal of the American Medical Association.

In a related editorial, Drs Michael Silverstein, Elizabeth Howell and Barry Zuckerman agreed that the findings "send a straightforward message: cannabis use in pregnancy is likely unsafe; with an increasing prevalence of use (presumably related to growing social acceptability and legalisation in many states), its potential for harm may represent a public health problem."

Not everyone is comfortable with the pot-in-pregnancy trend, however. Han's team noted that the American College of Obstetricians and Gynecologists has long recommended "that pregnant women discontinue cannabis consumption".

Nevertheless, in many US states the drug has actually been approved as a means of easing morning sickness. But Han's team found that in 2017, just 0.5% of women said they used cannabis in pregnancy "for medical-only purposes".

Dr Jennifer Wu is an obstetrician-gynaecologist at Lenox Hill Hospital in New York City. Reading over the new findings she said that "in light of present information, doctors should warn patients about the risks of cannabis during pregnancy".

Wu noted that cannabis can pass through the placenta to bring "significant risks to the foetus".

She believes that, in light of society's new, more laissez-faire attitude to pot use generally, "a public health campaign may be needed to reverse the general opinion of the safety of cannabis during pregnancy".