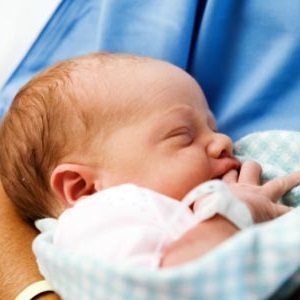 iStock
Premature infants face a number of challenges, including a known risk of language delay. But a new study suggests that exposing "preemies" to more adult language in the neonatal intensive care unit can increase their language abilities at 18 months.

"Parents have the power to make a difference in their child's development and academic success. Just by enjoying your child – singing, playing, telling stories – while riding in the car or having dinner, sharing your day with them," said the study's senior author, Dr Betty Vohr, a professor of paediatrics at the Alpert Medical School at Brown University in Providence, Rhode Island.

That type of quality time should be a part of a baby's time in the neonatal intensive care unit (NICU), according to Vohr. "The brain is a marvellous computer. It's enhanced the more it's stimulated," she explained.

But oftentimes in the NICU, people are quieter. Nurses and physicians may not interact much with the infants, and parents' visiting hours may be limited. Vohr said some working parents choose to work during the time their babies are in the NICU to save their family leave for when the baby comes home, which could limit the time they're available to talk to their baby.

Importance of talking to babies

"We need to provide more information to families about the importance of talking to babies," said Vohr.

One of every eight babies born in the United States is preterm – meaning born before 37 weeks of pregnancy, according to the US Centres for Disease Control and Prevention.

The study, published online in Paediatrics, included 36 preterm infants. Their average age of gestation was 27 weeks and their average weight was 1.2kg, the authors said.

At what would have been the 32nd and 36th weeks of gestation – an average of approximately 5 and 9 weeks after birth – the researchers recorded 16 hours of sounds the babies heard using a digital language processor.

"Children learn from conversations going on around them, but the back and forth communication is the most important," said Vohr. "Parents can make such a difference. Early language predicts language skills later on."

Vohr and her colleagues believe this early communication is so important that they have volunteers called "cuddlers" who spend time with the babies in the NICU and talk to them.

One expert called this a "useful" study. It's always good to be able to point to a study as proof of something that we intuitively believe," said Lauren Kobritz Krause, chief of speech-language pathology at La Rabida Children's Hospital in Chicago.

"Kids born prematurely are at risk of having speech and language delays or deficits. This has the potential to help, and it promotes the idea of the benefit of mom or another family member being there and talking to the baby," said Kobritz Krause.

"Talking and interaction helps with vocabulary development. Talk to your child and be part of their world, and include them in your world throughout the day," she suggested.

We live in a world where facts and fiction get blurred
In times of uncertainty you need journalism you can trust. For 14 free days, you can have access to a world of in-depth analyses, investigative journalism, top opinions and a range of features. Journalism strengthens democracy. Invest in the future today. Thereafter you will be billed R75 per month. You can cancel anytime and if you cancel within 14 days you won't be billed.
Subscribe to News24
Related Links
Preemies who cry a lot may have problems later on
Steroids during pregnancy a risk for preemies
Preemies more likely to be boys
Next on Health24
‘Morning sickness’ in pregnancy needs a new name, researchers argue