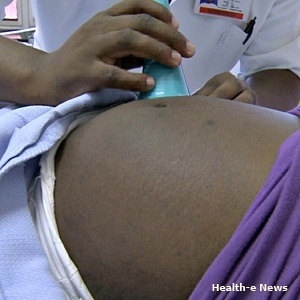 South Africa isn't the only country to deal with what has been termed "obstetric violence." It has also been reported among countries in Latin America and Europe. (Healh-e News)

Imagine being in labour, vulnerable and scared and being told by hospital staff to clean up your own blood. For years, reports of women being abused during labour at public health facilities have made headlines. Now, a kinder, gentler birth for many South Africa women may come from an unlikely place.

Reports of abuse in maternity facilities were first documented in 1998 and, largely left unchecked, prompted a subsequent 2011 report by the international organistion Human Rights Watch.

In the report, women alleged public health workers physically and verbally abused them. Some women reported being forced to clean their own blood off the floor after delivery while others were allegedly sent home without pain medication or antibiotics even after Caesarean births.

More recently in 2015, reports indicating that a woman allegedly watched her baby die as nurses at Rahima Moosa Mother and Child Hospital not only refused to help her but also called her stupid, led Gauteng Health MEC Qedani Mahlangu to intervene.

What’s at the root of this kind of abuse? Society is part of it, says Stellenbosch-based midwife Robyn Sheldon.

“We have to remember that many nurses go home to a violent society,” Sheldon explains. “Disempowered people who feel unrecognised and under-appreciated may easily turn into bullies.”

Put those “bullies” into maternity wards where one midwife may deliver up to 13 babies during a 12-hour shift and it could have disastrous consequences for mums.

Read: 'SA hospitals are not conducive to giving birth'

“Our maternity system does little or nothing to decrease fear in patients,” says Sheldon. She explains that women in labour who experience fear have a rush of the hormone adrenaline, which suppresses the relaxation and dilation hormone oxytocin. This hormonal state is not only traumatic for the mother, but usually results in a prolonged labour and strong labour pain that can easily result in dangerous birth complications.

“There is no recognition that fear is unhelpful. It is simply seen as an irritation most of the time.”

This situation lead Sheldon to found the Compassionate Birth Project in Cape Town, which trains healthcare workers and medical students on how to provide compassionate care and create a healthy labour environment.

Alongside lecturing to students, the project also works with the Retreat Maternity and Obstetrics public clinic in Cape Town where facilitators run monthly de-briefing sessions with staff. According to the project, these sessions provide the staff with a regular opportunity to step back from the intense pressure of their working lives.

For private midwife and teacher Ruth Erhardt, it is not surprising that staff need a time out.

“The first thing that hits me when I walk into a public maternity unit is how overworked everyone is,” she shares.

“They are so absorbed in the things they need to do, such as the boxes they need to tick and the paperwork that needs to be done, that the person who they are supposed to be taking care of is actually forgotten,” she adds. “The mother’s dignity, comfort, needs or sense of self really don’t matter.”

Debriefing sessions allow staff to think about personal and systemic issues, share ideas, and identify areas for improvement, according to the project. An added bonus is that these sessions may help in the on-going development of inter-personal skills like listening.

Skills like these are not common to medical school syllabus.

A lack of interpersonal care

“There is so much in medical school which is about the medical conditions, drugs and operations, but not about interpersonal care,” says Professor Sue Fawkus, head of obstetrics at Mowbray Maternity Hospital.

Professor Lynnette Denny is principal investigator of the department of obstetrics and gynaecology at Groote Schuur Hospital. Denny says stress during labour may not only lead to birth complications, but may increase the risk of post-partum depression. It may also negatively impact mother-child bonding and breastfeeding, she adds.

The dangers of alcohol during pregnancy

We live in a world where facts and fiction get blurred
In times of uncertainty you need journalism you can trust. For 14 free days, you can have access to a world of in-depth analyses, investigative journalism, top opinions and a range of features. Journalism strengthens democracy. Invest in the future today. Thereafter you will be billed R75 per month. You can cancel anytime and if you cancel within 14 days you won't be billed.
Subscribe to News24
Related Links
Horrifying treatment in SA's maternity wards
Midwives are South Africa's unsung heroes of birth
'SA hospitals are not conducive to giving birth'
Next on Health24
‘Morning sickness’ in pregnancy needs a new name, researchers argue