Some things are deemed dangerous for pregnant women, but that doesn't mean you should avoid them.

World Foetal Alcohol Syndrome Day (15 October 2017), reminds us of the effects that alcohol can have on unborn babies.

Foetal alcohol syndrome is a series of abnormalities that can occur in an unborn baby when the pregnant mother drinks more than a certain amount of alcohol.

An alarming fact is that South Africa has one of the highest rates of FAS in the world, with a prevalence of up to 12.2% in some areas.

While the debate is on whether any amount of alcohol is safe during pregnancy, a good rule of thumb would be to steer clear with the mindset of "rather safe than sorry". During pregnancy, we want to do everything we can to ensure a healthy baby. But besides alcohol, there are other substances and foods many people regard as taboo.

We investigated – and busted – a couple of these myths.

1.    You shouldn't dye your hair while pregnant

It was believed in the past that the inhalation and absorption of chemical hair dyes can harm the foetus. Studies have however found no evidence that these substances can harm the unborn baby. It has been proven that there is minimal absorption of hair dye through the skin. But medical professionals do recommend that hairdressers wear gloves while working with hair dyes, since they are exposed to these substances on a constant basis. They should also make sure the salon is well-ventilated. 2.    Nail polish or nail polish remover will harm the foetus

Commercial nail polishes contain formaldehyde and toluene which can irritate your eyes, nose or throat with regular exposure. However, these ingredients won't affect your unborn baby. Although the ingredients can be absorbed through the nail bed, the body breaks them down before they can reach the foetus.

As for nail polish remover, frequent acetone inhalation has been linked to developmental problems in foetuses – fortunately, normal usage of nail polish remover shouldn’t pose a risk. But if you work in a nail salon, you might want to lower your exposure to these products. 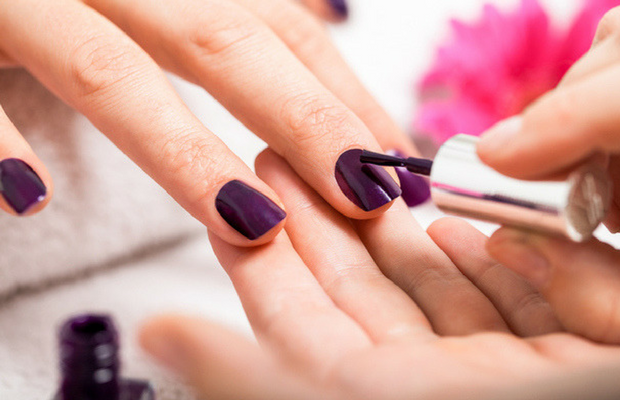 3. You shouldn't eat seafood while pregnant

Your initial instinct would probably be to avoid sushi, as raw fish can contain small parasitic worms that can make you ill. But fish is a rich source of omega-3 and -6 fatty acids, which can be beneficial during pregnancy. However, some kinds of fish are better than others. NHS Choices recommend that you only eat sushi made from fish that was previously frozen. The American Pregnancy Association says that you should only eat well-cooked fish and avoid fish that may contain high levels of mercury, such as swordfish and mackerel.

A recent study noted that women would be more likely to include fish in their prenatal diet if they were informed about what types of fish are safe to eat. This research also indicated that women might be missing out on vital nutrients if they cut out fish completely. 4. Coffee can cause a miscarriage

There is still conflicting data on whether caffeine during pregnancy is safe for the foetus. Caffeine is found in so many foods and over-the-counter medicines that it would be impossible to cut out completely. Studies have however confirmed that caffeine should be limited to 200mg (there is roughly 95 mg in a 240 ml cup of filter coffee) a day to avoid the risk of a miscarriage. So, if you really need your daily cuppa, moderation is key, but if you are a serious coffee addict, it might be wise to cut back. 5. Eating peanuts during pregnancy will make your baby allergic to peanuts

Mothers who have a strong family history of food allergies were advised in the past to stay away from peanuts during pregnancy, as their babies would be born with a peanut allergy. Studies do show that those with higher allergy risks might be able to pass on a peanut allergy to their unborn babies, but if neither you or anyone else in your family is allergic, you can indulge in a handful once in a while. Keep in mind, though, that every pregnancy is different. If you are unsure about what foods to eat and avoid, consult your doctor or gynaecologist for a personalised nutritional approach.

We live in a world where facts and fiction get blurred
In times of uncertainty you need journalism you can trust. For only R75 per month, you have access to a world of in-depth analyses, investigative journalism, top opinions and a range of features. Journalism strengthens democracy. Invest in the future today.
Subscribe to News24
Next on Health24
Caffeine in pregnancy may not harm baby's IQ