10 medical reasons why you should have sex. You know, for your health. 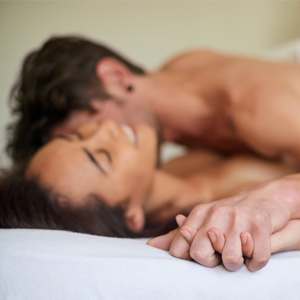 There are legit medical reasons why you should have sex more often.

We’ll never object to having more sex – in any and all of its many iterations: Morning sex, shower sex, back-seat-of-the-car-sex, anniversary sex, Valentine’s Day sex, first-time-sex, make-up sex, so-loud-your-neighbours-hate-you-sex.

Whatever kind you’re having, it feels pretty damn good.

But that pleasure isn’t the only reason you should keep getting busy underneath the sheets: The mental and physical benefits of a healthy sex life extend far beyond your bedroom.

But don’t just take our word for it. Researchers, scientists, and medical professionals have made it their mission to study exactly how sex improves nearly every facet of your life.

Here, the fruits of their labour: 10 science-backed reasons you should have sex tonight. As if you needed an excuse.

Read more: How to revive a stale sex life

Okay, that’s pretty much a no-brainer, but there’s actually a physiological reason why an orgasm makes you blissful.

That’s because your body is flooded with oxytocin – a stress-reducing hormone – a few minutes after you climax. This makes you feel relaxed, happy, and closer to your partner afterward.

Plus, not cuddling is the biggest mistake you make in bed – she’s more likely to find the experience “very pleasurable” if you spend 6 to 10 minutes cuddling with her afterward, according to one Canadian study.

She also gets a rush of oxytocin after orgasming, which makes her crave more affection. Simply playing with her hair, rubbing her back or resting her head on your chest can help her get that, says study author Robin Milhausen, PhD.

And you don’t have to get it on every day to reap these benefits. Read on to our last tip to see exactly how often you should have sex to keep both you and your partner happy.

Frequent ejaculation lowers your prostate cancer risk, according to a study from the Boston University of Public Health.

Researchers surveyed nearly 32 000 men about their ejaculation frequency and followed them up for 18 years. They found that men ages 20 to 29 were 19% less likely to be diagnosed with prostate cancer if they ejaculated 21 times or more each month compared to guys who didn’t ejaculate as often.

The benefit was even greater for older men: Guys 40 to 49 who met the same ejaculation standards saw a 2% reduction in their prostate cancer risk.

While more research needs to be done to confirm the findings, the study authors believe that frequent ejaculation may play a part in clearing out any cancer-causing infections that could develop within your prostate.

So you can supplement your sex with solo sessions.

Read more: The 10 things most likely to kill South African men; and how to beat them

A great sex life makes you happier with your job and might even make you better at it, according to a recent study published in the Journal of Management.

The participants noted how many times they had sex between the end of their work shift and the next morning. Then, in the afternoon, they answered questions about how happy and engaged they felt at their jobs.

People who had sex the night before work were more likely to immerse themselves at their jobs and enjoy their time in the office the next day than those who didn’t make time for sex, the researchers found.

That might happen because sex produces a significant “morning positive effect”, the researchers say, meaning all of the good feelings associated with sex – mainly stemming from feel-good chemicals like oxytocin and dopamine – carried over and produced a nice mood boost the next day, too.

Having sex keeps your member going strong, according to a study published in the American Journal of Medicine.

And you don’t really have to use it that often to notice the benefits: In the five-year Finnish survey of nearly 1 000 men aged 55 to 75 years old, those who got some action just once a week were half as likely to develop erectile dysfunction (ED) than men who got lucky a little less often.

An erection delivers crucial amounts of oxygen to your penis, says lead study author Juha Koskimäki, MD, PhD. Low oxygen levels can cause scar tissue to develop, which can make it hard to get hard.

But if you’re going through a dry spell, remember that other factors you’re in control of – like smoking and inactivity – also raise your ED risk.

Making healthy lifestyle choices and following these strategies for stronger erections can help.

Read more: 7 things you can do today so your penis can perform better tonight

Can’t keep your eyes open post-coitus? That’s because sex primes you for the perfect snooze by making you feel super relaxed, thanks to oxytocin’s stress-reducing effects.

But oxytocin isn’t the only hormone that floods your system after orgasm. Your body also releases a hormone called prolactin, which suppresses dopamine, a neurotransmitter that helps you feel awake, explains Men’s Health sleep advisor, W Christopher Winter, MD.

Plus, if you’re getting down in the dark, your body will think it’s time for bed. So that sparks the release of melatonin, a hormone that makes you feel sleepy and tells your body it’s time to rest. The combination of those three hormones conks you out in no time.

Okay, so we’re not saying your typical romp is on par with an hour in the gym – but hear us out. Sex gets your body moving.

In fact, men burn 418 kilojoules during the average sex session, which lasts about 25 minutes, according to research from the University of Montreal.

“The level of intensity that is exerted from sexual activity could be higher than that of walking at [4.8km/h] but less than that of jogging at [8km/h],” the researchers write in the study, which was published in the journal PLOS ONE.

Even better: The longer you do it, the more kilojoules you burn.

It may not sound like a lot, but a few extra 418 kilojoules burned a week definitely can add up – and beat out the negligible kilojoules you’d burn by vegging out on the couch during your Netflix binge.

7. Frequent sex may protect your heart

After following more than 1 100 men for an average for 16 years, researchers found that men who had sex two to three times per week had a significantly lower rate of cardiovascular disease than men who only had sex a few times a month or less, according to a study published in the American Journal of Cardiology.

There are a couple theories as to why that could be, the researchers say. For one, sex contributes to the physical activity needed to protect your heart.

The American Heart Association (AHA) recommends 150 minutes of moderate exercise per week, so make sure you’re still hitting the gym in addition to what you’re doing in the bedroom.

Plus, if you’re having frequent sex, you’re more likely to be in an intimate relationship, the researchers explain.

A supportive partner makes for a happier heart – physically and emotionally – by easing your stress levels. That’s a win for your ticker: Too much stress can actually cause a heart attack or stroke by increasing the amount of inflammation in your body, research from Harvard Medical School found.

One caveat: If you’ve had cardiovascular problems in the past, you should probably wait to have sex until your heart issues have returned to normal, the AHA recommends.

Talk to your doctor before you do the deed, especially if you’re on medication.

Read more: How much sex should you be having?

Looks like staying in bed might help you fight off a cold after all. College students who had sex one or more times per week had higher levels of salivary immunoglobulin A (IgA) than those who had had less sex, according to a study published in Psychological Reports.

Here’s why that matters: IgA is found in mucous membranes within your respiratory and GI tracts, as well as in your saliva and tears.

Your body uses this blood protein as its first line of defence to fight off sickness, according to the University of Rochester Medical Centre.

So the more of it you produce, the better able you’ll be to fight off an infection.

An orgasm might act as a natural pain-reliever, according to a 2013 German study. Your brain is bombarded with endorphins – neurotransmitters that produces feeling of pleasure and pain relief – during sex, so researchers wanted to find out if having sex while your head is aching might ease the pain.

Endurance athletes, like marathon runners, might have the upper advantage here, the researchers believe. Since their bodies are used to releasing more endorphins, they have may have a higher chance of successfully using orgasms as headache relief.

Read more: I’m 35 and my orgasms seem less intense. Can I reverse this?

It’s no secret that sex is pretty much a must in a long-lasting relationship – but get this: You only need to get busy once a week to keep both of you happy, according to a study from the University of Toronto-Mississauga.

What’s more, doing it more often than that doesn’t necessarily make you happier, the researchers found, so don’t feel bad if you don’t have the energy to get it on every night after work.

Once a week is pretty average for most couples, the researchers say.

Plus, according to a study published in the Association for Psychological Science, all of the happy feelings experienced after sex can last up to 48 hours for couples, which keeps your bond going strong long after your sack session has concluded.

We live in a world where facts and fiction get blurred
In times of uncertainty you need journalism you can trust. For 14 free days, you can have access to a world of in-depth analyses, investigative journalism, top opinions and a range of features. Journalism strengthens democracy. Invest in the future today. Thereafter you will be billed R75 per month. You can cancel anytime and if you cancel within 14 days you won't be billed.
Subscribe to News24
Next on Health24
Older adults hesitate to talk about their sexual health – here’s why it’s a big deal