How to manage insect bites and stings

Health24, based on an article reviewed by Prof Don Du Toit
Share 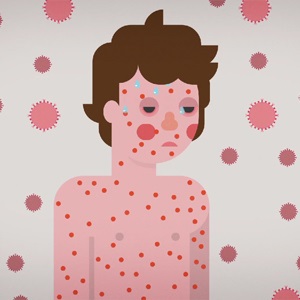 Insect bites and stings are common and, although bothersome, seldom have serious consequences. The severity of an insect bite varies from person to person. The type of reaction which occurs after an insect bite depends on the species of insect, the age of the person and whether or not the person has been exposed to the insect before.

Insects not only bite, but also cause irritation to the skin. Most reactions to insect bites depend on a reaction to the saliva or venom. Insect bites can be single or multiple, depending on the feeding habits of the insect concerned. For example, fleas may produce multiple bites while a mosquito may only bite once.

Most reactions cause a stinging sensation, redness, mild swelling, and some annoying itching confined to the sting site that disappear within a day or so. For some, especially in children, the swelling and redness may extend beyond the sting site, be more pronounced, and last two to three days.

A few people are allergic to insect bites and will experience itchy bumps, itching and swelling in other areas of the body. There might be tightness in the chest, difficulty breathing and swelling of the face and tongue. Only a small percentage of people develop an anaphylactic reaction which may be life-threatening.

Mosquito, bedbugs and flea bites are the most common insect bites. In certain areas, some mosquitoes can transmit malaria. Bee and wasp stings are common during summer but not usually dangerous unless the person is allergic to these insects or if they are stung in the mouth or throat. These stings cause a painful red bump or swelling.

Ticks are parasites that embed their heads in the skin to feed on the blood of mammals. They range in colour from brown to grey and are usually found in the veld and on domestic animals. Tick bites are more common during spring and summer. They seldom lead to serious problems but some ticks may transmit organisms which could lead to illnesses, such as tick bite fever.

Get help immediately if:

What's happening to my skin?

How to manage sensitive skin

We live in a world where facts and fiction get blurred
In times of uncertainty you need journalism you can trust. For 14 free days, you can have access to a world of in-depth analyses, investigative journalism, top opinions and a range of features. Journalism strengthens democracy. Invest in the future today. Thereafter you will be billed R75 per month. You can cancel anytime and if you cancel within 14 days you won't be billed.
Subscribe to News24
Next on Health24
Here’s what you need to know about titanium dioxide and zinc oxide sunscreens