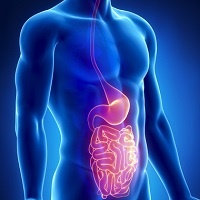 Because there is no known cause for Crohn's there is no definite cure. The aim is to control symptoms and prevent complications by controlling the level of inflammation.

Drug therapy
Corticosteroids (cortisone) are by far the most effective drugs to treat active disease in an effort to induce a remission of symptoms. In a severely ill patient it might be necessary to admit the patient for intravenous feeding and cortisone in high doses.Corticosteroids are most effective in the initial treatment of Crohn’s disease and in the treatment of any acute flares.

Long term therapy with steroids has been supplanted with immune suppressive and biologic drugs.  These drugs have been shown to be safer and more effective in the long term maintenance of remission of Crohn’s disease.

Long term treatment with cortisone is potentially hazardous because of unwanted side-effects.

More recently, a much safer corticosteroid (budesonide, available in South Africa as Entocord) has been used to maintain remissions. Initial experience seems to indicate that remissions can be maintained for much longer periods without the dreaded cortisone complications.

5-ASA-drugs have been used since the early 1950's in an effort to control Crohn's. These drugs (Salazopyrin, Asacol and others) have anti-inflammatory properties, but it is not entirely clear how they reduce intestinal inflammation.

They are of little use in an acute event, but large studies suggest that they are of benefit in maintaining remissions. Unfortunately, they also have unwanted side-effects, i.e. dyspeptic symptoms, suppression of sperm production and kidney damage in susceptible patients.

Immunosuppressant drugs such as Azathioprine and methotrexate are the preferred treatment for the maintenance of remission, being able to achieve this in approximately 75% of patients.

They do have side effects with an increased risk of the development of lymphoma and potentially serious neutropenia and infections.  They are used when there is no response to the above-mentioned drugs, or in an effort to decrease the dosage of corticosteroids. Antibiotics are used only to control secondary bacterial infection.

Surgery
Surgery is almost exclusively reserved for treatment of complications. Narrowed segments of the bowel (strictures) can be widened by an operation called stricturoplasty. At times, it is necessary to remove the diseased portion, drain an abscess or operate on fistulae. Even though the bowel might appear normal after resection of the diseased portion, Crohn's often recurs in another part of the bowel.

In cases of severe, resistant Crohn's affecting only the large bowel, it sometimes is necessary to remove the entire colon (colectomy).

The distal end of the small bowel (ileum) is then brought out onto the skin through an orifice called a stoma and the faeces collected in a bag. It is also possible to join the ileum to the anus in a so-called "pouch procedure".

Diet
Nutritional intervention is crucial in malnourished patients, especially in children where growth retardation is a real danger. However, primary nutritional therapy has not been shown to have any major effect on the course of Crohn's. It is therefore difficult to give constructive advice that will be of general value.

Patients should be encouraged to have small, regular meals of high nutritional value and make their own explorations into dietary manipulation. For instance, reduction in the intake of dairy products is more likely to be beneficial than a rigid adherance to an unpalatable, enjoyment-spoiling diet.

Newer developments
There is on-going research into newer ways of treating Crohn's. The development of the biological anti-TNF drugs has been a major success story in the treatment of patients with severe Crohn’s disease.  These drugs target the immune system thus reducing the inflammation of the bowel and dramatically reducing the risk of strictures and fistulae formation.The concern however with anti-Tnf therapy is that they are expensive and need long term therapy to be effective.

TNF is a protein produced by the immune system that apparently plays an important role in the development of the inflammation of Crohn's disease Anti-TNF blocks the action of TNF, thus decreasing inflammation.