Cacao - yes, it's good for you 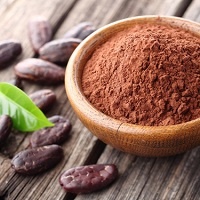 It’s no secret: chocolate is one of the world’s favourite “guilty” sweet treats. But did you know that enjoying a bit of chocolate might actually be good for you?

That’s because cacao, the basis for all milk and dark-chocolate products, is a rich source of polyphenols, flavanols and other powerful antioxidants – nutrients that play an important role in terms of health.

What’s more, cacao, blended into smoothies or hot milk, is a fantastic way of getting the benefits without the added kilojoules found in a bar of chocolate.

History and discovery of cacao
Raw cacao and cacao-based products have been consumed across the world for centuries.

According to research done by the Alpine Foundation for Life Sciences in Switzerland, the indigenous people of Mesoamerica were already using cacao before 1000 BC. The Aztecs in particular used to drink liquid cacao, or what they called “chocolate”, for its perceived ability to build resistance and fight fatigue.

A positive effect was also seen among the Kuna Indians, a native tribe living off the coast of Panama, who would consume relatively big quantities of cacao on a daily basis. Studies show that cacao consumption was effective in protecting the Kuna people from developing high blood pressure, arterial hypertension and kidney problems.

Cacao later also became popular in Europe in the 16th century, where it was not only enjoyed as a food, but also used for medicinal purposes.

According to researchers from the Universiti Putra in Malaysia, it was documented that cacao and chocolate had over 100 medicinal uses, some of which included:

Today, cacao is still regarded as an exceptionally healthy food – although many of its health benefits still have to be substantiated by good research.

Cocoa beans are a rich source of polyphenols, contributing about 10% of the dry weight of the whole bean. And its delicious derivative, chocolate (particularly dark chocolate), is considered one of the major contributors of antioxidants to the American diet (that’s after fruit and vegetables), according to Manuel Rusconi and co-workers from the Alpine Foundation for Life Sciences in Switzerland.

Health benefits of cacao
It may seem too good to be true, but cacao and cacao-rich products such as chocolate are not only tasty, but surprisingly beneficial to your health. According to a review article by Karen A. Cooper and colleagues, published in the British Journal of Nutrition, cacao can improve antioxidant status, reduce inflammation, and lower your risk for heart disease.

Other research has also found that cacao, because of its high magnesium content, has a positive effect on blood pressure, insulin resistance and platelet function, note researchers from the Universiti Putra in Malaysia. Magnesium intake has also been associated with a lowered risk for the metabolic syndrome. A person who has metabolic syndrome is twice as likely to develop heart disease and five times as likely to develop diabetes.

Cacao is especially protective to cardiovascular health, thanks to its high amount of polyphenols – a naturally occurring antioxidant found in fruits and vegetables.

How to include cacao in your diet
Enjoy a block or two (10g) of good-quality dark chocolate when you crave something sweet. Go for 70% dark chocolate if you can.

• Add it to hot milk to make delicious hot chocolate.
• Add a few spoonfuls to smoothies for a lovely chocolate flavour.
• Enjoy cacao powder sprinkled over banana slices (with peanut butter on low-GI toast, this is a treat!).

We live in a world where facts and fiction get blurred
In times of uncertainty you need journalism you can trust. For 14 free days, you can have access to a world of in-depth analyses, investigative journalism, top opinions and a range of features. Journalism strengthens democracy. Invest in the future today. Thereafter you will be billed R75 per month. You can cancel anytime and if you cancel within 14 days you won't be billed.
Subscribe to News24
Next on Health24
Quench your thirst the right way