BOOK EXTRACT: South Africans versus Rommel - The untold story of the Desert War in WWII

The Union Defence Force in the Second World War made tremendous sacrifices, all but forgotten in South Africa and Britain. Britain owes a debt to the South Africans who voluntarily came to her aid during her darkest hour.

Modern-day South Africans, who enjoy the fruits of a democratic country, should not forget that black and white South African soldiers took up arms and fought side by side against fascist tyranny in the hope that a better and freer South Africa would emerge as a result of their sacrifices. Fortunately, there is a small but perceptible shift within South Africa in recognizing the personal sacrifice of these men and women, and there are signs of reclamation of the memory of their sacrifice for the new national identity.

South Africa rendered service to the British Empire when it played a fundamental role in ridding East Africa of its Italian presence. The Union Defence Force's mobility, coupled with its maneuver style of warfare, demoralized the more numerous, but less agile, Italian defenders whenever they met on the battlefield. Their fully motorized infantry brigades, a modern version of their old mounted infantry, often outflanked and enfiladed the static Italian defenders.

South Africa had deep roots tapping into maneuver warfare and could trace their military genetics to the Boer mounted infantry of previous centuries. Trucks, armored cars, and tanks replaced the sturdy ponies of yesteryear in East Africa, and by using some of the same military formulas of their forbears, they quickly overcame the Italian defenders at a relatively low cost in lives and material.

The conquest of East Africa was a vindication for South Africa's way of war. South Africans versus Rommel for the first time attempts to describe the evolution of South Africa's unique war doctrine by comparing it with that of its allies and enemies. 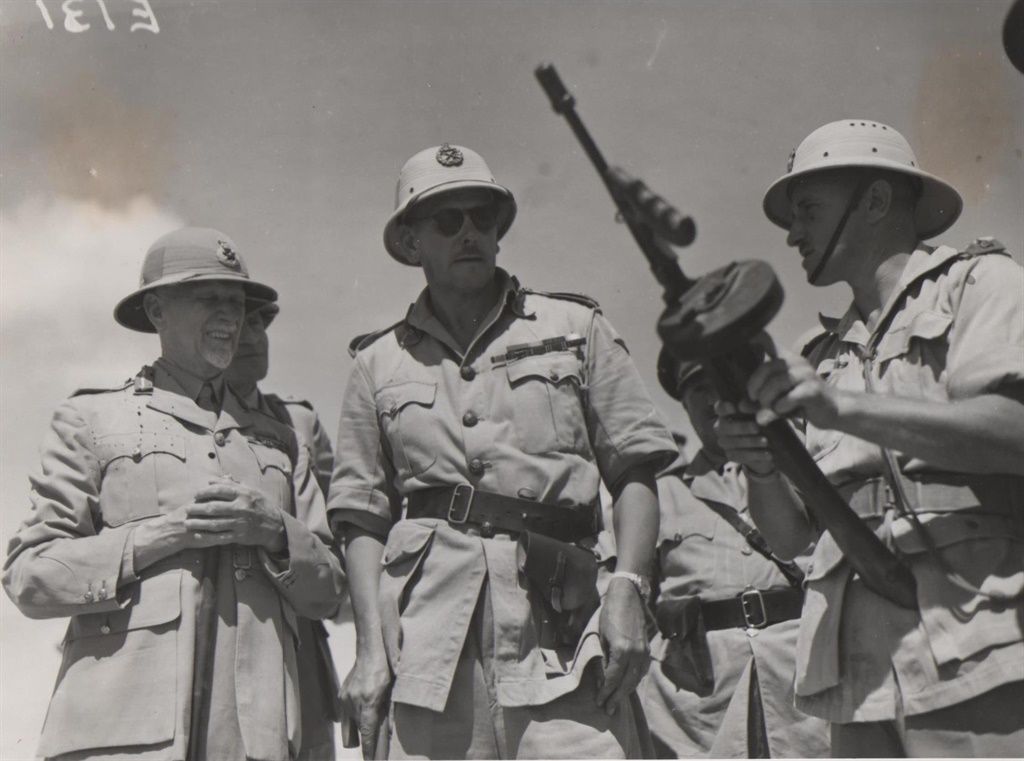 Unfortunately, the British had negligible use in North Africa for the South African penchant for mobility and often misused the Union Defence Force in a static role. The British failure to institute combined arms warfare left the sometimes hapless South Africans to their own devices. The natural role for the highly mobile South Africans would have been integration with the British armor formations, but this proved to be a step beyond British vision and command capability.

Despite mismanagement, the South Africans played a significant role at the tipping point in Operation Crusader. The sacrifice of the 5th South African Infantry Brigade at Sidi Rezegh on November 23, 1941, blunted the armored edge of Rommel's Panzer Divisions.

Again, the South Africans suffered a grievous loss when the 2nd South African Infantry Division surrendered at Tobruk on June 21, 1942. They fell victim to a last-minute and poorly executed decision by the British to defend Tobruk. This decision was a political one and it took place against better military judgment. British failure at the operational level resulted in the commitment of a fully motorized South African division to a static defense.

British obscuration further compounded the inept fumbling of an inexperienced South African general at the tactical level. The disaster at Tobruk gave Rommel his greatest victory and severely shook the confidence of the Allied powers. South Africans versus Rommel reexamines South Africa's role at Sidi Rezegh and Tobruk and seeks new insights into the grievous and needless losses suffered in these two battles.

Britain's clumsy operational conduct of the desert war, coupled with poor tactics, cost the South Africans dearly in both life and limb. In the wake of the Tobruk fiasco, ordinary South African soldiers and their commanders had scant belief in Britain's ability to beat Rommel. The British High Command also harbored doubts and believed that the South Africans were past their fighting best. South African 25-pounder artillery. It was a deadly weapon when used against tanks or in its proper role as an indirect fire weapon against soft targets. (Supplied)

Despite flagging morale and battered confidence, South Africans manned the front lines at El Alamein, and once again, they were at the tipping point that marked the end of Rommel's advance into Egypt. South African troops found their composure and held fast at El Alamein on July 1–3, 1942. They broke the spirit of the crack veteran German 90th Light Division, as they tried to bypass and cut off El Alamein, and caused a rare state of panic among the Germans. Surprisingly little is known about their contribution to the demise of Rommel's hopes to conquer Egypt. Even in the thick of battle, the South Africans were largely unaware of the devastation their artillery had wrought on the Germans.

The extent of the German demoralization at the hands of the South Africans only becomes apparent after consulting German and Italian primary sources.

The approach to tackling the voluminous subject matter has been to concentrate efforts on the top three battles that defined South Africa's contribution to the war effort. The South Africans fought the battles of Sidi Rezegh, Tobruk, and the First Alamein under the command of the British Eighth Army.

The brilliant and daring command style of Rommel and his leader group, and the tactical skills of his German divisions, often resulted in the demise of his less-gifted opponents. His robust and skilled military ability is only part of the story, and it is a part that has received the greatest amount of attention from historians since the war. Books on Rommel run into the hundreds, if not thousands, and the popularity of the subject seems to grow stronger as the years pass. 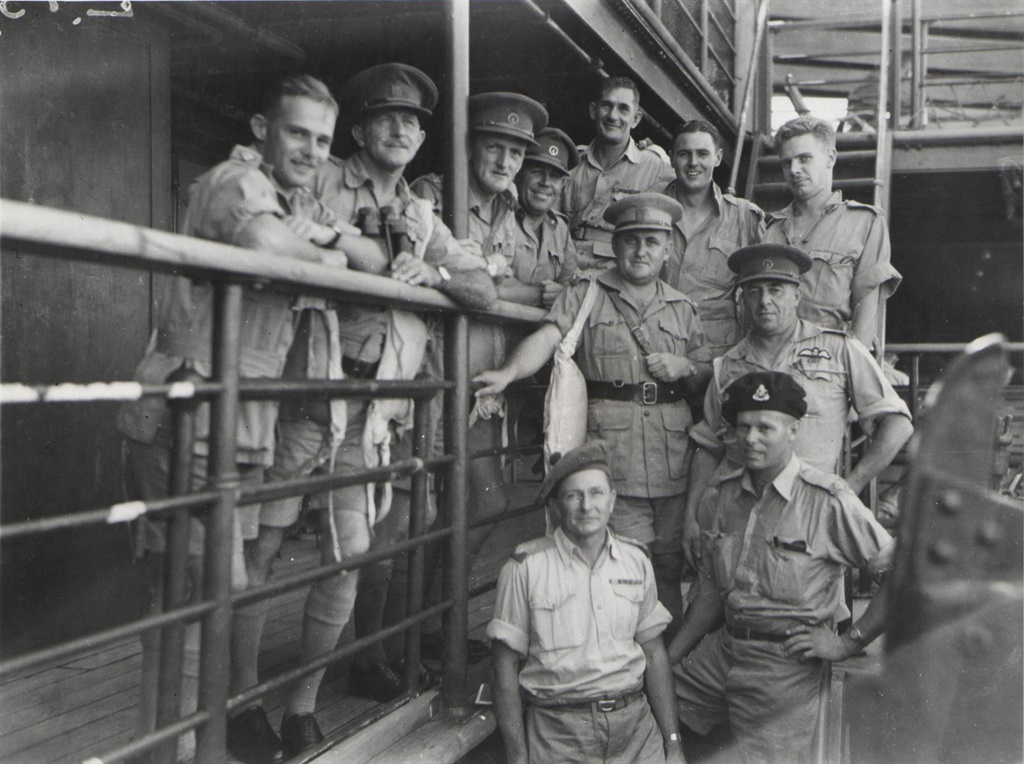 The South Africans arrive in Egypt. These men are most probably fresh from their successful recent campaign in East Africa against the Italians. (Supplied)

Less well served, especially in popular history as opposed to academic history, is research into the deeply flawed British military doctrine that placed the Eighth Army at a severe disadvantage in the operational and tactical levels of the desert war.

South Africans versus Rommel seeks to analyze these battles by taking into account the conflict of doctrine between the participants. This doctrinal approach goes a long way toward explaining some of the battlefield decisions made and the results obtained as a consequence of them during crucial periods of the battle.

The book attempts to demonstrate where the differences in doctrine led to friction on the battlefield and less than optimum performance.

* This is an edited extract from South Africans versus Rommel (Delta Books) by David Brock Katz.