Cape Town's nightclub security wars: 'What we think of as the underworld isn't actually separate from our everyday lives' 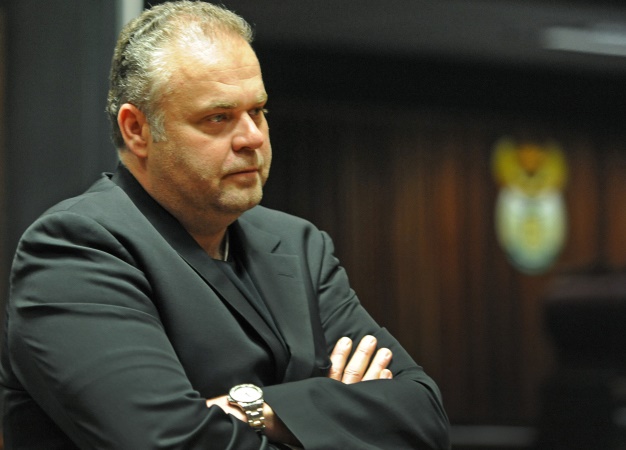 When the sun drops behind Table Mountain, Cape Town's colourful night scene comes to life. Suddenly, there is a vibrant energy in the air that attracts, as Cape Town Tourism describes it "the true soul of the Mother City".

With an international reputation for its cosmopolitan character, the many restaurants, bars and clubs in the CBD attract partygoers, politicians, tourists, models and moguls from all over the world.

But little do they know that, when walking down Long Street, they are treading through the heart of an underground turf war that's been raging since pre-democratic South Africa, and that they're rubbing shoulders with some of the country's most infamous criminals.

Dolley has been a journalist in Cape Town since 2006 and started reporting on the underworld in 2012. She has been intimidated countless times and had to hire bodyguards after she received death threats. She has learnt to be permanently wary.

"I find it quite rattling that what we think of as the underworld isn't actually separate from our everyday lives," she says during an interview this week. "The underworld is everywhere. In the nightclubs, in the suburbs, at the airport…"

The battles to guard Cape Town's nightclub doors centre around bouncers – the literal forefront of nightclub security. Whoever controls the door, controls the power, in complicated battles for money acquired through both legal and illicit activities. This includes the hijacking of businesses, drug trafficking, and money made directly from the forging of ties between gangs, which in turn can be used to buy off officials, police and politicians, according to Dolley.

As one of her sources alleges: The corruption goes right to the top.

While underworld corruption existed to some extent under presidents Nelson Mandela and Thabo Mbeki, it was only under the watch of Jacob Zuma that "the problem became amplified and the corruption flowed in, saturating the police".

"There are many claims of dubious links between the former president and questionable characters. For example, a startling photograph, dated to some time in 2012, shows Zuma with state security operative and known double agent George Darmanovic, and Frans Richards, who'd previously worked in intelligence circles, in Zuma's offices in Pretoria. And in April 2014 a photograph of Mark Lifman at Zuma's birthday rally in Athlone, Cape Town appeared in the Sunday Times," Dolly writes.

She has since conducted interviews with many of the big players and has managed, to some extent, to unravel the knot that is organised crime in South Africa.

"What we see as nightclub security shenanigans or bouncer wars are connected to crime intelligence, the state and the police. It's been happening since pre-democracy and, over time, there have been several power shifts. The chilling thing is that in the Western Cape specifically, there is intense infighting amongst police officers who investigate underworld crimes," Dolley says.

"For instance, in December last year the investigating officer in the Nafiz Modak trial sent a complaint to IPID, claiming that other police officers were actively working against him and his colleagues. If that is found to be true, it's horrifying. But if it's false, it's equally so, because that would mean it's him working against his colleagues. Either way, it's a massive problem. If the police are focusing on each other, they're not focusing on the crime."

'Problem of residents not being able to trust law enforcement'

She adds that, because the world of intelligence is so murky, it's simply not possible to know who's legitimately fighting organised crime.

"We actually don't know. There're lots of people purporting to fight it. And I hope that comes across in the book. It's a much broader, thicker problem of residents not being able to trust law enforcement."

Those in the Western Cape particularly, who have been tasked with investigating underworld elements, have all had their careers somehow derailed. The three main police officers investigating the underworld have each ended up in a court of law, with charges laid against them by their counterparts or bosses in the police force: Major General Andre Lincoln, Major General Jeremy Vearey, Lieutenant General Peter Jacobs.

Vearey and Jacobs were reinstated to their positions, but this didn't happen until after President Cyril Ramaphosa came to power, indicating that there is political will to tackle the problem in some quarters.

"Still, if you have rogue people in crime intelligence who are going after something different, that's a massive problem."