In conversation with Damian Barr, award-winning author and a Woordfees 2020 featured guest 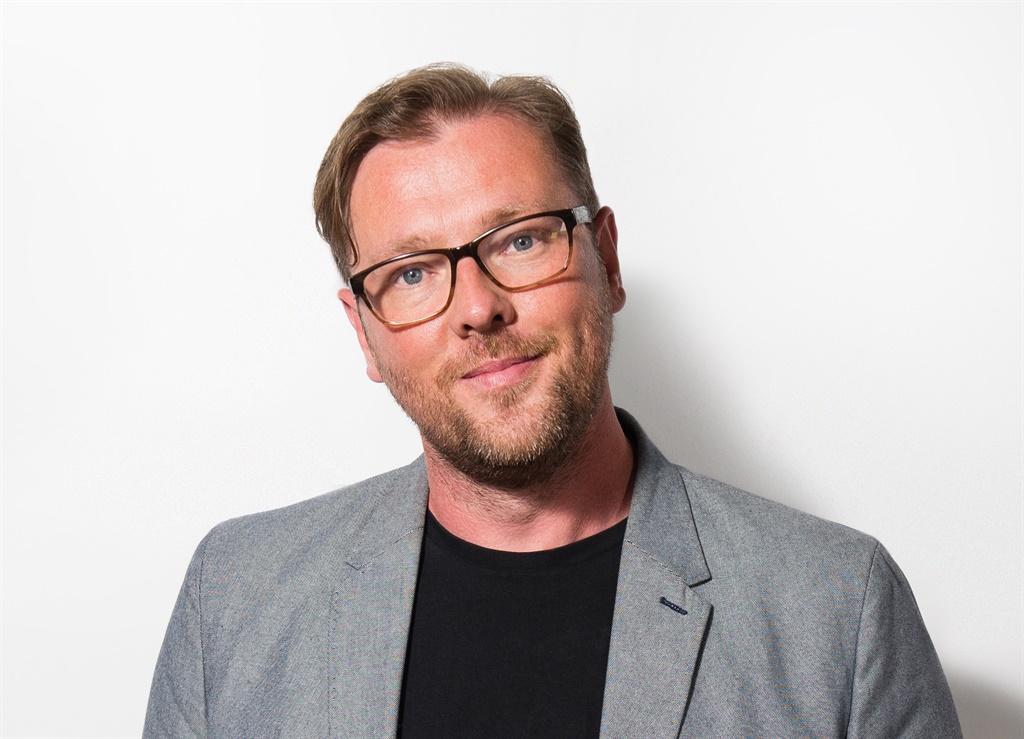 Damian Barr is an award-winning writer, broadcaster and journalist whose powerful work You Will Be Safe Here "uncovers a hidden colonial history [in South Africa] and a dark contemporary secret - from British-run concentration camps to present-day camps that promise to turn boys into men".

Barr will be at Woordfees, which runs from 6 to 15 March in Stellenbosch, to discuss the book and to sign autographs.

News24 asked him the following:

How would you describe your connection with/to South Africa?

I don't have a simple answer to this question - I'm not sure anyone has; even, or especially, those who call it home. My view of South Africa was shaped by apartheid which was happening while I was at school in a small village outside Glasgow. I remember our classes would be stopped as the teachers went on strike in support of Mandela.

An Afrikaans boy came to my school from South Africa for a year and he found it hard to make friends because we'd been taught, however directly or indirectly, that all white South Africans supported apartheid and were therefore "bad".

Obviously, this was wrong. It was a valuable early lesson for me. I felt sorry for this boy but soon realised he didn't need that - he was great fun and we became friends.

When he returned to SA, I missed him and often wondered what had happened to him.

I thought this mystery was solved, in the most horrific way, when I saw the pictures of Raymond Buys who looked just like my old friend. I never expected to spend five years of my life reading and writing about South Africa but I felt compelled to.

I preface the book with a quote from Rian Malan about every inch of the country being contested because it is - the contemporary story led me to the past and to the Boer War and a history that is hidden to many because we were never taught it at school.

I didn't write this book to answer questions so much as to ask better ones and to create a space to challenge the stereotypes I grew up and to explore this hidden history which keeps erupting so violently into the present in SA and which is used as a rationale from right-wing violence around the world - from the Christchurch gunman to Trump's rhetoric.

South Africa remains one of the most beautiful and optimistic and exciting countries. I didn't expect it to become a part of my own story, but it has and always will be now.

If you had an opportunity to interview Alex de Koker, what would you ask him?

The things that man did to the boys he was entrusted with, to his own family, to the country he professes to love … were monstrous. He was, I am told, charming and convincing.

Raymond's mother felt he was "the devil himself".

He reminds me of my stepfather who was all those things and who was mercilessly cruel to me as a boy - I wrote about my childhood surviving him in my memoir Maggie & Me which is being made into a TV series.

The character of the general in my novel is inspired by Alex who never reached such a rank.

They're similar but not the same. The character of the general was not coming to life in my novel because he was a two-dimensional "baddy". I had to understand, he, like De Koker, did not think he was doing bad (or at least convinced himself he was doing that).

I had to get in the general's head and understand his very real human fears, however objectionable.

If I was talking to Mr De Koker, I wouldn't waste time asking the questions the brave police and lawyers did because he still hasn't admitted guilt.

I would ask about his boyhood and his fears - why didn't his parents support him through the trial?

How did he feel when his son switched testimony and gave evidence against him?

What kind of South Africa does he dream of?

I don't believe violence has to beget violence.

I do not seek to excuse but to understand so we can each take responsibility for our own actions.

I would show De Koker the pictures of Raymond before, during and after his care. I wold ask him to imagine what he might look like and be living like now.

How would you describe You Will Be Safe Here (especially to someone who doesn't know the back story)?

It's a story set in South Africa which ranges from the Boer War to now. It uncovers a hidden colonial history and a dark contemporary secret - from British-run concentration camps to present-day camps which promises to "turn boys into men", however brutal the means.

What prompted you to pursue the story of Raymond Buys?

I talk about this above.

He looked like my long-lost friend in that picture where he is standing by the gates with his mother. In the last pictures he looks like something from the camp at Bloemfontein - as thin and broken as Lizzie van Zyl.

I wanted to know who this boy was and why he was sent there and who his family was and who did this to him. I felt a burning sense of injustice.

How challenging was it to write about the atrocities committed by the British during the Anglo-Boer War?

The first and second world wars have endless books and films and are a proud part of British heritage.

It's almost as if the Boer War didn't happen. And yet it changed war and the world - often called the Last Gentlemen's war there was nothing gentlemanly about it.

Commando, scorched earth and concentration camps all came out of that conflict.

The British recorded every single death in the white camps - they didn't bother with the black camps, which we know so very little about.

I was horrified by the details I read in the government "blue books" and in the accounts gathered so heroically by Emily Hobhouse. Were it not for her, I doubt we'd know half of what went on in the camps. I was surprised to learn the camps had social life - choirs and gardening clubs and schools.

I wanted to capture the solidarity of the women and their resistance - not depict them as passive victims which is why I had Sarah van der Watt keep her diary in secret.

And the unexpected joys too - her son, Fred, suddenly has lots of friends to play with.

And Sarah makes friends with the scrappy Helen who was such a pleasure to write.

I think everyone likes to think they wouldn't be one of the reviled hand-suppers but faced with starvation and degradation what would any of us do to save our children and the ones we love?

We all make choices every day - are we as brave or as good as we think?

Are you in touch with Raymond's mom? Will you see her on your visit to SA?

Yes, I am in touch with Wilna who opened her heart and her home to me. She did not know what hell she was sending her son to. She was desperate - post-1994 jobs for whites are no longer guaranteed as they were before.

I was struck by this reading Triomf and on my travels in SA: how lost many Afrikaners felt and how resentful and angry many were and yet how hopeful and proud they remained.

Wilna Buys reflected this, and she sent her son to that place thinking she was doing her best. It may not be the choice you or I might have made.

But she was lied to by De Koker and those around him.

When she asked for a photo of her son, they sent one of him in a scuba suit which covered all his cuts and bruises and burns.

The cruelty pains me just writing about it so I cannot imagine what she lives with every single day.

Blame the men who did this, not the mother who must live with the loss of her oldest boy.

She has another son and he is much-loved and a great comfort.

We tried to arrange to meet on this trip but she's not able to get to where I am this time and sends all good wishes.

Certainly, I can't imagine anyone sending their son to a place like this now knowing how dangerous and wicked such places are.

Wilna read the book before publication because I wanted her to see it and feel part of it.

Willem, the boy in the contemporary part of the story, is very much not Raymond - he has more in common with me.

But they share some commonality. And Willem's mother is not Wilna Buys.

She permitted me to dedicate my novel to Raymond and I also dedicated it to all the women and children who died in the camps - I wanted to do my best to try and give a voice to those voiceless in the past and present.

I will always be able to hear them, and I hope you can too.

- You Will Be Safe Here by Damian Barr, published by Bloomsbury and distributed in South Africa by Jonathan Ball Publishers. Now available in paperback at the US Woordfees and all good bookstores for R225 (RRP).

Barr will be available to sign copies of You Will Be Safe Here at Woordfees.