What the driver saw at the Gupta compound 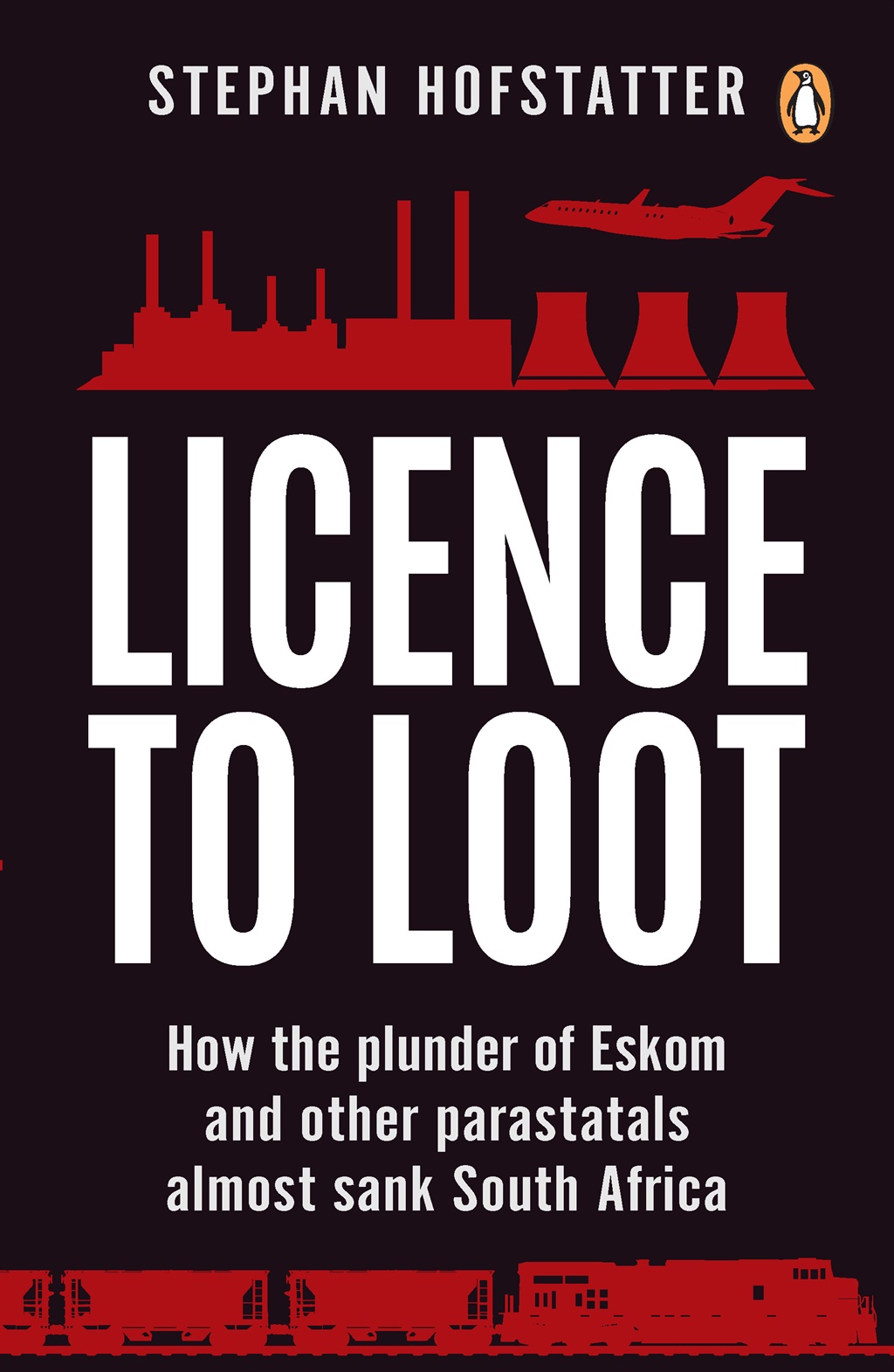 Licence to Loot: How the plunder of Eskom and other parastatals almost sank South Africa by Stephan Hofstatter, published by Penguin Random House.

Security guard and driver John Maseko watched the car enter through the steel double gate that opens onto Saxonwold Drive. It drove past an ornamental garden and pulled up at the entrance to the mansion. A man stepped out, walked up the half-moon stairs to a colonnaded portico and disappeared inside.

'22/01/2011: Brian Molefe – BEE,' Maseko scribbled onto a palm-sized card he kept in his pocket whenever he manned the gate. This entry was followed by: 'Majola, SA cricket.'

The Gupta compound comprises four mansions, one with its own helipad, in the affluent suburb of Saxonwold, just around the corner from Johannesburg Zoo. A cricket pitch and swimming pool are nestled amid the manicured gardens and lawns.

Maseko worked for the Guptas for six months, from November 2010 to April 2011 – a time when Gupta allies were being deployed to the state entities from which the family scored lucrative contracts. When he wasn't chauffeuring the Guptas around town, he stood guard at the entrance to the family's palatial home, meticulously recording the comings and goings of their visitors. In the evenings, he transcribed his entries into a diary, along with observations on what had transpired during the day.

'I transported Atul's son to Pretoria for passport. He was accompanied by the woman who works for Sahara who is always there with other drivers transporting Indians,' he wrote. 'Majola visited Ajay Gupta.' The next day, he noted that Ronnie Mamoepa 'visited Ajay Gupta at 11h04'. He drove a Mercedes S600. Maseko captured his vehicle registration number. At the time, Mamoepa was the spokesperson for the minister of home affairs, Nkosazana Dlamini-Zuma. She made an appearance herself in the same month, 'driven by her bodyguards. Maroon Lexus. Registration not captured.'

Ten days later, on 3 February, Maseko spotted Nomvula Mokonyane, the premier of Gauteng, paying a visit to Ajay Gupta. 'Time 19h25. Escorted by marked police vehicle with two officers,' he noted. Malusi Gigaba, minister of public enterprises and in charge of almost all state entities, visited the Gupta compound 'during December or January. Date and vehicle registration not captured.'

Maseko also described how the Guptas sought to wrest control of Ward 117, which includes Saxonwold, from the DA before the local elections in May: Atul Gupta asked his drivers and security guards to bring people in from the townships 'to come and register at Saxonwold so that the ANC must win the ward'. On one occasion, Maseko drove 'Atul Gupta and his PA' to the ANC's regional offices in downtown Johannesburg.

In his diary, Maseko documented the 'exploitation of workers by the Guptas' and their racist attitudes towards their support staff. 'Atul Gupta told me black people are stupid, they can't think, that is why they are poor.' He also made security guards 'stand in the rain with umbrellas, not allowed inside the guard house, and they must be visible to cameras even if there is no shade'. Leaked emails later revealed that Tony Gupta had called a security guard 'a monkey' and had insisted that the butlers and waiters at his niece's wedding in Sun City be white.

Maseko noted that 'J Zuma visited Ajay Gupta' the day before the president left for the G20 summit in Seoul, held on 11 and 12 November 2010, as well as 'the day after he came back before he was to address the South Africans and the media'. Zuma later denied this.

Ironically, one of the reasons Maseko was enthusiastic about working for the Guptas was that he'd heard Zuma visited them often and he wanted to discuss tender corruption at his local municipality with the president. At the time, Maseko chaired a local chapter of the South African National Civic Organisation in a township south of Johannesburg. 'Zuma was always saying we must report corruption, so I wanted to raise these issues with him,' he recalled when I met him at a drab petrol station close to Vereeniging. Maseko never got his wish. 'He drove in and out in his convoy and just waved to us when he got out the car,' he told me, a look of disillusionment on his face.

Another prominent visitor to the Gupta compound was Mzwanele 'Jimmy' Manyi, who popped in on 2 February 2011, just weeks before the Presidency announced his appointment as cabinet spokesperson and director-general of the Government Communication and Information System (GCIS), effectively making Manyi the chief government mouthpiece.

Manyi's visit to the Guptas at this critical juncture is significant: in his new appointment he replaced the highly competent and respected Themba Maseko, who was unaccountably moved sideways to the Department of Public Service and Administration. By contrast, Manyi's career was dogged by controversy. In 2010, he was suspended from the Department of Labour after Norwegian diplomats complained that he had tried to solicit private business during an official meeting, although Manyi denied this.

Themba Maseko later revealed that in November 2010 Ajay Gupta had called and threatened to speak to his superiors to 'sort him out' when he'd refused to shift the government's entire R600-million annual advertising budget to Gupta-owned media companies ahead of the launch of their newspaper, The New Age. Maseko said that two months later, in January 2011, Zuma had instructed the late Collins Chabane, who was minister in the Presidency at the time, to 'redeploy me or terminate my contract'.

Again, Zuma issued his customary denials. 'It is unfortunate that Mr Maseko wants to drag the president into matters he thinks are related to the end of his tenure at GCIS,' his spokesperson Bongani Ngqulunga told City Press. 'The appointment of directors-general is delegated to ministers. The president has no knowledge of the allegations that Mr Maseko is making.'

The Gupta leaks would reveal that Manyi, who bought the Gupta media companies ANN7 and The New Age in 2017 and later renamed them Afro Worldview and Afro Voice, was implicated in the Guptas' state capture project. On one occasion he told a former colleague that Eskom and Transnet were looking for new board members and then forwarded her CV, together with his own, to the Guptas.

When the Sunday Times asked Manyi if it was a coincidence that he'd been given the job as top government spin doctor in 2011 shortly after his visit to Saxonwold, he insisted that the two events had nothing to do with each other. 'My appointment came after I spoke to late minister Collins Chabane,' he said. 'It is absolutely rubbish that the Guptas had any role in my appointment.'

Gupta driver John Maseko looked dejected as he flipped through his diary, recounting the fall from grace of the party and leaders he once revered. In one entry, he lamented that 'the ANC is not dealing with corruption' in its ranks. 'If you can't catch corruption within your cabinet you too are corrupt.'

John Maseko would become one of the whistleblowers who approached Public Protector Thuli Madonsela when she was compiling her report on state capture. He supplied her with his diary and an explanation of the stream of prominent visitors he had documented entering and leaving the Gupta compound. It only became clear much later that one of the most significant visitors was Brian Molefe.

* This extract was taken from Licence to Loot: How the plunder of Eskom and other parastatals almost sank South Africa by Stephan Hofstatter, published by Penguin Random House.

We live in a world where facts and fiction get blurred
In times of uncertainty you need journalism you can trust. For 14 free days, you can have access to a world of in-depth analyses, investigative journalism, top opinions and a range of features. Journalism strengthens democracy. Invest in the future today. Thereafter you will be billed R75 per month. You can cancel anytime and if you cancel within 14 days you won't be billed.
Subscribe to News24
Related Links
State capture and Standard Bank: ANC emerges as the main accused
Next on Life
French author wins 2022 Nobel Literature Prize