What we can learn from pioneering writer Sindiwe Magona 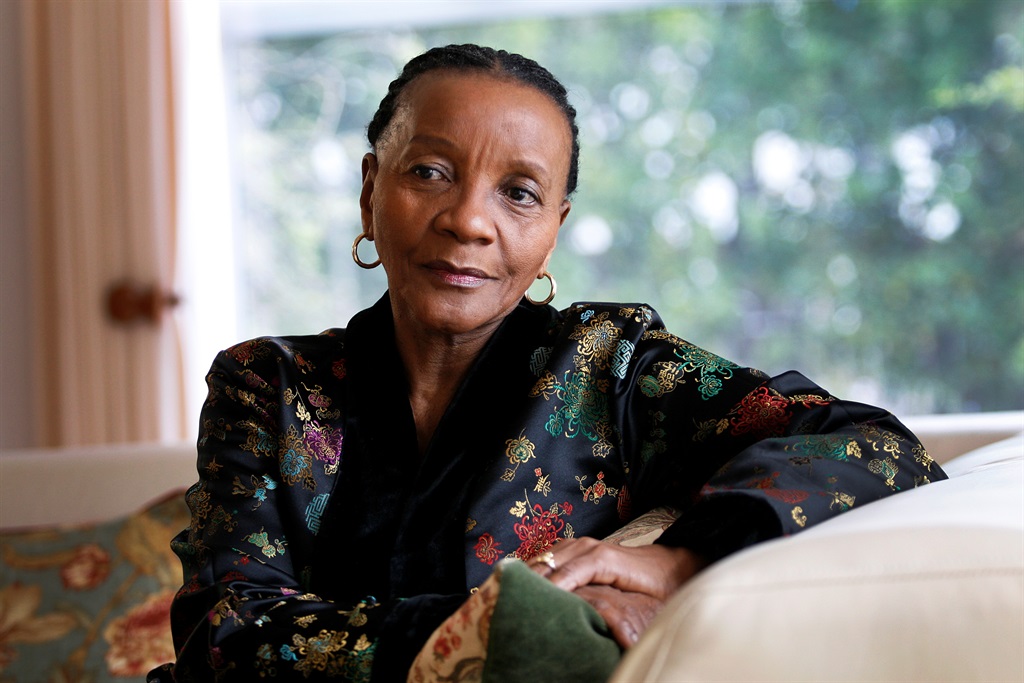 Sindiwe Magona during an interview at her home in Cape Town. Magona spoke about her life as a writer. (Photo by Gallo Images / Foto24 / Michael Hammond)

The African proverb, “Until the lion can tell its own story, the story of the hunt will always glorify the hunter,” speaks to the importance of telling one’s own stories. For a long time, African stories and realities were told by colonisers in ways that painted a picture of Africa as backward and uncivilised. It is for this reason that many literary scholars tell the story of colonialism and apartheid through personal autobiographies.

One such scholar is Sindiwe Magona. Magona has published over a dozen books for adults, from critically acclaimed novels – like Beauty’s Gift – to poems, plays and biographies. She has written over 130 children’s books. But it is her two autobiographies that drew my attention as a psychology scholar. In these, To My Children’s Children (1990) and Forced to Grow (1992), Magona narrates her story of memory, remembering, class, belonging, home and identity. In a conversation with anthropologist and activist Elaine Salo in 2009, Magona said:

I experienced incredible anger about others writing about us, I asked myself, ‘How dare they write about you?’ I told myself that shouldn’t stop me from writing about myself … There is value in those like me writing about our experiences, who did not study apartheid but lived it.

So I conducted a critical review of To My Children’s Children which covers the first 23 years of Magona’s life. My aim was to bring attention to the importance of self-storying as a form of protest, of knowing oneself, and of healing.

Who is Sindiwe Magona?

Magona was born in 1943 in the small town of Gungululu just outside an area called Mthatha in what was then known as the homeland of Transkei, in the Eastern Cape of South Africa. She was born five years before colonial Britain handed over power to the Afrikaners. Apartheid was officially introduced in 1948 and with it a series of oppressive and racist laws such as separate living areas and the Bantu education system. It was within this context that Magona grew up.

In her work and her public talks, she tells of poverty and of making a living as a domestic worker while she schooled herself through distance learning. She would go on to be a teacher, mother, wife and community leader, complete post-graduate studies and spend two decades in civil service with the United Nations. Magona’s work reflects the fact that she grew up during apartheid, when black people were treated as second-class citizens. As a child, she had to navigate her way through a system that relegated her to the periphery and treated black people as sub-human.

However, she was one of the many black women who found a way to resist this oppressive system that aimed at dictating her way of being in the world. According to literary scholar and author Barbara Boswell, Magona is one of the writers who transcend their received identities as labourers and reproducers of labour for the apartheid nation, to become authors of their own lives and works.

Magona refused to be muted and instead spoke back through writing about her lived experiences.

In her self-storying, Magona tells the narrative of the violent ways in which the state apparatus functioned to uproot people from their homes and resettle them elsewhere. People’s homes were literally here today and gone tomorrow.

Home is a multilayered and multidimensional concept that’s about more than just physical space. Home for Magona cannot be divorced from place, birthplace, belonging, deprivation, alienation and also the mixing of cultures. In To My Children’s Children she writes:

When I say place, that means less a geographical locality and more a group of people with whom I am connected and to whom I belong. This is a given, a constant in my life.

In telling her story, Magona weaves together not only her personal lived reality but the collective story of growing up under apartheid. Her whole childhood involved bearing witness to the inequalities and injustices that were rampant in society. She reflects:

But Magona’s autobiography can also be read as an attempt to connect this past to the present and a possible future. Her self-storying shows us that it is not just the suffering that can be passed on from one generation to another, but also resilience, love, compassion and hope. As she articulates in her conversation with Salo:

But we do need to fetch the good of traditions that we left behind in our haste to be ‘civilized’. Now is the time for Africa to be truly African through critical self-examination, self-healing, to a wholeness that we can hold up. If you respect yourself, then you will respect others because you will see yourself in others. Wholeness starts with the self and radiates outwards. This self-respect is all about the wholeness of healing and the wholeness of being.

She reminds us that it is not in loving our neighbour that we become better human beings – the challenge before us is in learning to understand and perhaps one day love our enemy.

Magona’s autobiographies offer us an avenue for reflection, remembering, reimagining and dreaming. Future generations, the children’s children, carry the burden and responsibility of reshaping the country and the world – and they can do this only if they know and understand where they come from.

We live in a world where facts and fiction get blurred
In times of uncertainty you need journalism you can trust. For 14 free days, you can have access to a world of in-depth analyses, investigative journalism, top opinions and a range of features. Journalism strengthens democracy. Invest in the future today. Thereafter you will be billed R75 per month. You can cancel anytime and if you cancel within 14 days you won't be billed.
Subscribe to News24
Related Links
His house may no longer be a home: Long time friends threaten Andre Leon Talley with an eviction...
Soon, Sotheby’s will auction Karl Lagerfeld’s possessions in Monaco
‘Those who cannot show proper response to art need not be blamed’: A war of letters involving...
Next on Life
EXCERPT | ‘It would be foolish to label him too narrowly’ – Janet Smith on ‘disruptor’ Patrice Motsepe