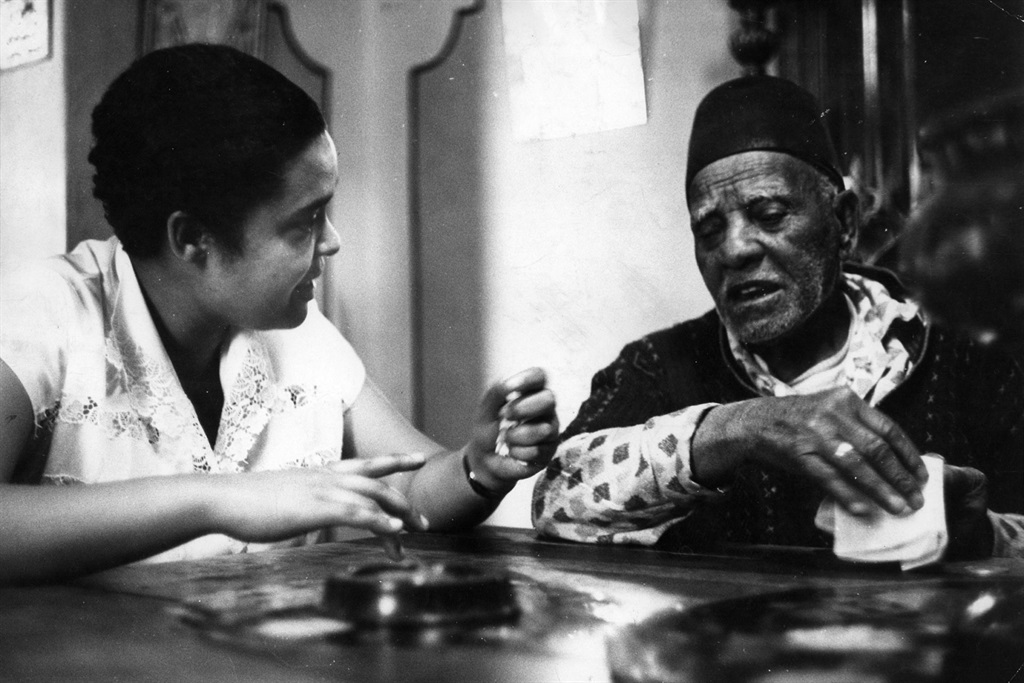 Dimitri Tsafendas and Bessie Head shared the weight of being of mixed-race parentage in a country governed by a clique obsessed with race, racial categories and perverse fantasies of racial purity. Tsafendas worked through the noxious effects of racism by being first a left-wing thinker and working-class hero, and then striking at the head of the apartheid state, killing its leader Hendrik Verwoerd in the very place that had enacted so many racist evils, the South African Parliament. Head was less lucky, battling poverty, political betrayal, depression, attempted suicide, a failed marriage and unprepossessing child, and, finally, hepatitis brought on by prolonged heavy drinking.

In her beginnings lay so many of Head’s later travails and traumas. Born on 6 July 1937 in the then Fort Napier Mental Institution in Pietermaritzburg to a white mother and a black father, she was given her Scottish mother’s name, Bessie Amelia Emery, but taken away at birth and brought up in a foster home until she turned 13.

As the anniversary of the Sharpeville massacre of 21 March 1960 nears, it is well to remember that Head supported Pan Africanist Congress (PAC) members who were jailed in the aftermath. She had joined the PAC only a few weeks before. But then, in the twisted and tortuous tenor of the times, Head herself was betrayed by internecine factionalism among PAC members. She was arrested and although subsequent charges were dropped, her involvement with politics was over.

Head went back to Cape Town, forsaking her column in and salary from Home Post, in the same stable as the groundbreaking Drum magazine. It was while at Home Post that she had formative encounters as a writer, meeting Can Themba, Lewis Nkosi and the poet Dennis Brutus, and becoming acquainted with Pan-Africanist theorists such as Robert Sobukwe, leader of the PAC, and George Padmore.

Returned to Cape Town, Head took up smoking and drinking, the latter to prove fatal to her health. A whirlwind romance and swift marriage to Harold Head followed; the two met in July 1961 and wed six weeks later. Their child, Howard Rex, came into the world on 15 May 1962 suffering from what later medical research was to identify as foetal alcohol syndrome, a legacy of Head’s drinking.

Howard Rex’s affliction and his parents’ continuing poverty strained the marriage so that Bessie and son went north once more, to live with her mother-in-law in Pretoria. When that arrangement failed, too, Head determined to leave South Africa, taking up a teaching post in what was then Bechuanaland.

Bureaucracy, or the fates, obstructed her once more: she was denied a passport. But there was a way out – a one-way exit visa. In late March 1964, only four years after Sharpeville, she and her son headed north.

Life and its blows had not finished with Head, however. Her teaching job did not last. She was forced to work on a farm and then in construction. Eventually, she settled in Serowe, a place of immense significance to Batswana. It was the centre of power of the Bamangwato people, whose deposed leader, Seretse Khama, was destined to lead the British protectorate of Bechuanaland to independence and to be the first president of Botswana.

Here, she found her environment congenial and, all around her, subjects and tales for her writing. The journalist’s keen eye and ear – Head had also worked for the legendary Golden City Post during her Joburg sojourn – combined with the teacher’s didactic impulses to produce novels and short stories and essays and autobiography.

In 1979, she finally acquired Botswanan citizenship. (Although Encyclopaedia Britannica continues to refer her as a “South African novelist”.) Nine years later, not quite 48, she succumbed to hepatitis.

Head is best known for her novels When Rain Clouds Gather (1968), Maru (1971) and A Question of Power (1973), all set in Serowe. Her journalism is unjustly neglected, especially given her much-quoted notion that “literature must be a reflection of daily encounters with undistinguished people”.

There is one excellent examination of Head as a journalist: Bessie Head: Re-writing the romance: journalism, fiction (and gender), Colette Guldimann’s 1997 masters thesis. Why it should be read is shown by the first lines of its abstract:

This thesis examines the relationship between Bessie Head’s work as a journalist during the late 1950s and two of her novels: the first written just after she had left formal journalism and the second a decade later. I claim, in this thesis, that early journalistic writing by Head, which has been critically ignored, and even dismissed, not only merits critical attention but, furthermore, that knowledge [of] this work will yield new insights into Head’s fictional writing for which she is famous.

And now for words from Head herself.

“People with really weak characters cause an immense amount of suffering in the world. They destroy whole civilisations.” (From A Gesture of Belonging: Letters from Bessie Head, 1965-1979 edited by Randolph Vigne and published by Heinemann in 1991.)

“I am building a stairway to the stars. I have the authority to take the whole of mankind up there with me. That is why I write.” (From When Rain Clouds Gather)

We live in a world where facts and fiction get blurred
In times of uncertainty you need journalism you can trust. For 14 free days, you can have access to a world of in-depth analyses, investigative journalism, top opinions and a range of features. Journalism strengthens democracy. Invest in the future today. Thereafter you will be billed R75 per month. You can cancel anytime and if you cancel within 14 days you won't be billed.
Subscribe to News24
Related Links
Bessie Head's work explores the strain on black women due to the result of colonial systems
Cannes director criticises rivals for allowing Netflix movies in too easily
The National Arts Festival's ten day lockdown pivot
Next on Life
INTERVIEW | Act of Oblivion: Robert Harris on his new novel, about ‘the greatest manhunt of the 17th century’