Why Ramaphosa should be frantically recruiting friends 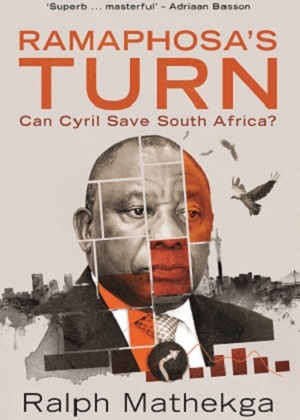 No matter who you are or what your credentials, it is no easy task to lead South Africa. With its diversity of people and problems, there are many challenges and pitfalls.

This is something the newly elected president, Cyril Ramaphosa, already knows. During his first few weeks in office it was already clear that his term as president would be no picnic. What will it take for him to survive and succeed in this very challenging role? And who does he have on his side to help him succeed?

A quick glance at world history and current world politics shows that humankind has had more extensive experience with leadership failure than with leadership success. In all the various fields of human endeavour, whether politics, the military, business and so on, it is difficult to find great numbers of really successful leaders. Then, too, there are more successful leaders than respectable ones.

One example of this close to home is Jacob Zuma, whose leadership style can be characterised as "Machiavellian" because of his uncanny ability to survive against all the odds. In this sense he certainly was successful.

Another thing about Zuma was that he selected his friends very carefully, not because of their wisdom or moral stature, but solely on the basis of their ability to provide him with the means of survival. In the end, he left office not really because he was brought down but because his term as the ANC president had come to an end.

Only time will tell whether Ramaphosa has the same ability to survive the many political storms and challenges he faces. To better understand what it will take for Ramaphosa to survive, we need first of all to look at how he came to power.

In the first place it needs to be said that Ramaphosa was not elected the president of the ANC because his integrity agenda had won the hearts and minds of the party branch delegations who voted at Nasrec in December 2017. He came to power, not with the help of friends and allies, but on the back of a strange conglomeration of interest groups and stakeholders who invested in his bid for office. This unfortunate situation will have a defining impact on his leadership of the country.

The ANC went into Nasrec consisting of two main factions, replicated perfectly in the broader society outside the party. The first was aligned to Zuma and it sought to challenge the domination of the market in policy formulation in the country. This faction backed Nkosazana Dlamini-Zuma and conveniently packaged her candidature as a quest for the self-determination of black people, or, more crudely, "leave us alone to be as corrupt as we want with our own African resources". This idea had some traction in the broader society.

On the other side was the anti-Zuma faction, which was appropriated by Ramaphosa, a candidate who campaigned on an integrity ticket. Ramaphosa was also aligned with some key figures in the private sector, who believed that his ability to tell inflation from stagnation made him a safe bet for their interests.

In the end, neither of these factions won at Nasrec. Although Ramaphosa secured the presidency, the other preferred candidates on his slate were left in the cold, apart from a latecomer to Ramaphosa’s corner, Gwede Mantashe. Mantashe has been the ANC’s secretary general throughout Zuma’s disastrous two terms at the helm of the organisation. During those years, Mantashe was Zuma’s fixer, quelling any possible revolt against Zuma in the party.

As Zuma’s term as president of the ANC wound down in 2016 and 2017, Mantashe strategically began to gradually distance himself from Zuma, and started to offer veiled support to Ramaphosa as an alternative. His knowledge of the internal machinery of the party must have made him an attractive addition to Ramaphosa, who needed a party hack like Mantashe to help him manage the ANC.

When he entered the race to lead the ANC, Ramaphosa may have believed that if he won he could install his entire slate in the top six positions in the ANC and, thus equipped and armed, could speedily proceed to implement his agenda. As mentioned earlier, what came out of the Nasrec conference, however, was not what Ramaphosa had bargained for.

He was instead confronted with a many-headed monster, which had been put in place by the so-called Premier League – comprising former Mpumalanga premier David Mabuza, former Free State premier Ace Magashule and former North West premier Supra Mahumapelo. What they effected at Nasrec was a great betrayal.

This group was formerly aligned to President Zuma and they were believed to support Dlamini-Zuma’s candidature. But at Nasrec they made a cold, calculated move which saw them betraying Zuma and installing Ramaphosa as president. This was dishonest, even by Zuma’s own standards. Both Magashule and Mabuza landed into the ANC’s top six, the latter emerging as vice president. It was the stuff one expects to see only in a high-end Hollywood drama based on political machinations in Washington, DC.

If there is anything the Premier League knows, it is how to run up political victories and win leadership contests. Even before the Nasrec elective conference, the trio had apparently been laying the deck. They began their work at the Congress of South African Students (COSAS) conference, which would elect young and talented Zuma stooges.

From there they went on to engineer the results of the ANC Youth League elections, which saw a Zuma defender in the form of Collen Maine taking over in 2015. Thereafter they secured Bathabile Dlamini as head of the ANC Women’s League, another Zuma defender and a disaster in her own right.

All this was an object lesson in how to put together a complex league of allies to sway the all-important ANC elective conference, winning it without even contesting it.

In the period leading up to Nasrec, I was convinced that it was going to be Mabuza’s conference. Mabuza used his power base to ensure that neither of the two factions that contested the elections could claim victory and that he and the Premier League could play a determining role in securing the outcomes they wanted. Ramaphosa must surely be aware that he owes it to the Premier League for rescuing his ailing candidature and saving it from a nonperforming faction.

What is even more serious, Ramaphosa will need the support of the Premier League in order to survive as leader of the ANC. Mabuza, Ramaphosa’s deputy, has already offered his friendship to Ramaphosa, having needlessly stated to the public that he will "protect" Ramaphosa. Mabuza knows full well that Ramaphosa finds himself far from friends following the Nasrec conference.

Indeed, Ramaphosa ought to be frantically recruiting friends since he left a number of them behind when he made it to the head of the ANC.

What does one make of a leader who has been elected under such circumstances? If one ascends to power in this way, one knows for sure one was not brought there by one’s own fortune, but by the fortune of others. This means that in one way or another, Ramaphosa will soon have to begin to service his debt and pay back those who invested in him.

It is inevitable that not all of those who invested will receive returns or enjoy equal returns on equity. This will have political consequences. Those who feel that they are not receiving their due may be inclined to disinvest, either by turning on him or by looking for someone else to advance their interests.

Can Ramaphosa avoid being too beholden to those who brought him to power and remain his own man, making his own decisions about the direction in which the country ought to move? It is much easier to win a leadership battle than to stay a leader once victory has been achieved.

* This extract was taken from Ramaphosa's Turn: Can Cyril Save South Africa? written by Ralph Mathekga and published by NB Publishers.

We live in a world where facts and fiction get blurred
In times of uncertainty you need journalism you can trust. For 14 free days, you can have access to a world of in-depth analyses, investigative journalism, top opinions and a range of features. Journalism strengthens democracy. Invest in the future today. Thereafter you will be billed R75 per month. You can cancel anytime and if you cancel within 14 days you won't be billed.
Subscribe to News24
Related Links
Not Zuma, but growing anti-Ramaphosa club should worry us
How ANC and traditional leaders are holding the people to ransom
Why the ANC in North West could be heading into groundbreaking territory
Next on Life
INTERVIEW | Act of Oblivion: Robert Harris on his new novel, about ‘the greatest manhunt of the 17th century’