The NC-1 might be German built, but it is the ideal braai bike (Photo: Nicolai)

Want to carbon offset your weekend braai routine? That might entail collecting braai wood with a bicycle instead of the bakkie.

Cargo bicycles are becoming a trend, with the latest range of pedal-assistance technologies making the idea of a 45kg bicycle less intimidating.

One of the neatest cargo bikes yet is from German brand, Nicolai. As a specialist mountain bike manufacturer, Nicolai is known for the excellence of its aluminium welding.

The company's craftspeople pooled all their technical skills to create the NC-1, a perfect bicycle for collecting all the braai wood you could need for a weekend. 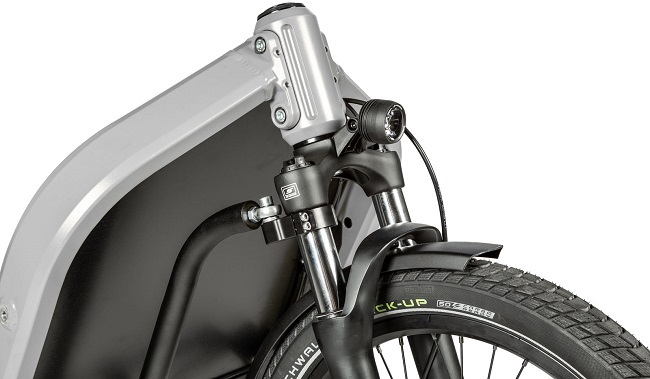 The NC-1 has a short-travel suspension fork, to deal with road bumps, when loaded (Photo: Nicolai)
Ride24

Constructed from aluminium, the NC-1 has a front suspension fork to help keep it balanced and stable when loaded.

The fork is from SR Suntour and has relatively little suspension travel – only 70mm – but it makes a massive difference to this cargo bike's rideability.

Cargo bikes aren't light and the NC-1 weighs 45kg – unladen. That would ordinarily make it a nearly unfeasible burden to pedal, but Bosch has supplied Nicolai's product people with a solution.

The German engineering conglomerate has a new 85Nm CX Line mid-drive motor. It adds 340% to any pedal input from the rider and ensures that even a fully laden NC-1, can easily be pedalled home. 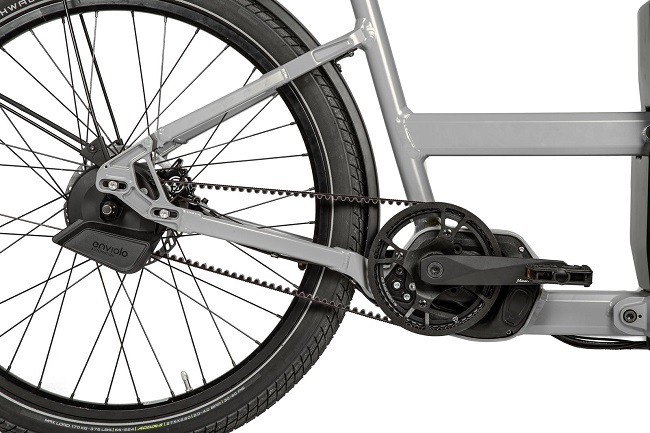 No chain here. The gears are shielded in its rear hub and the belt drive can't rust (Photo: Nicolai)
Ride24

You can load it with a lot of wood

The Bosch mid-drive motor also has a security function allowing the NC-1 to be remoted locked via your Smartphone, preventing it from being pedalled away when parked.

Due to their weight, cargo bikes require a lot of pedal-assistance. A large 750Wh lithium-ion battery pack provides the energy source to help you along.

How much weight can it carry? A lot more than you'd think. Nicolai has certified the NC-1 to operate with a payload of 170kg, which is a lot of braai wood. E-bike power has made a bicycle like this, great for short distance cargo work (Photo: Nicolai)
Ride24

To keep the NC-1 safely under control, when fully loaded, Nicolai has fitted it with powerful mountain bike brakes.

Integrated mudguards should keep your wood dry, too, even when riding home on moist tar after a rainstorm.

Price? German engineering and e-bike components don't come cheap and the NC-1 is priced at R130 000.